Marijuana: Let's all light up the debate 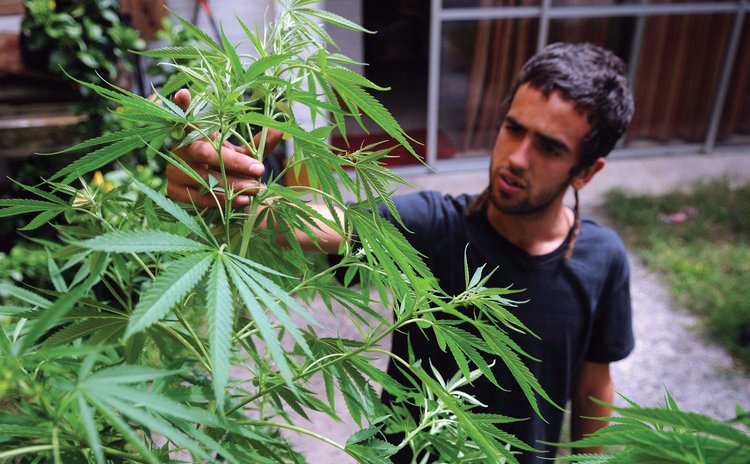 A man examines a marijuana plant

While marijuana use is prevalent in Dominica, it still remains illegal to possess any quantity of it-something that has put countless offenders before the courts for as little as a few grams.

But the discussion about decriminalizing the drug is heating up with many persons looking at the possibility of marijuana's potential to bring health benefits and spur economic growth.

Advocates say legalization of marijuana would free up the police to focus on more serious crimes.

They believe it would also generate a new revenue stream from selling legal marijuana, with multiple spin-off benefits and significant export potential.

However, other persons remain unconvinced that the benefits of legalization will outweigh possible harms of increased use of marijuana on personal mental health and public health.

A central issue is the current classification of marijuana as a dangerous drug, which means possession of any quantity is an offence.

This classification puts possession of small quantities of the drug in the realm of the legal and judicial system, which makes it inaccessible for recreational, medical or research purposes.

Most Caribbean nations are party to the United Nations Convention on Psychotropic Substances, which is not moving in the direction of legalisation.

The police hierarchy politely declined verbal and written requests to answer questions about the Dominica Police Force's position in relation to marijuana.

According to the reasoning of police public relations, the police simply enforce laws after they are enacted or amended.

As the discussion about legalizing marijuana escalates and sensitivities about it emerge, The Sun decided to prepare a series of articles to provide readers with the views of key stakeholders.

We hope this will help reader decide whether to turn their thoughts towards how to grow better marijuana or how to cut it down.