Marijuana on the corner 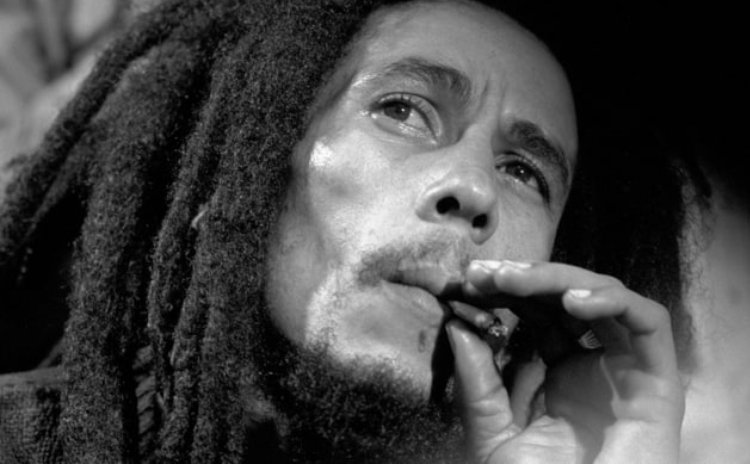 The late Bob Marley was a heavy user of marijuana

Getting to ma head"

Like many other marijuana users, Diana is familiar with these lyrics from a hit song by Jamaican reggae artiste Richie Spice.

Like most local users, Diana doesn't have to go far to get the highest grade she can afford.

It is Friday evening and she's going out later with friends. Smoking marijuana, she says, is the best possible preparation for the night's entertainment.

In her experience it will prepare her physically. With 'weed' in her system she will have a sharper sense of the music and can dance without getting tired.

Marijuana will also help her emotionally. It will soon put her in the best possible mood to enjoy every nuance of the night's entertainment.

Indeed, she highly recommends it as a mood-enhancer.

"If you are upset and want to change your state of mind, cannabis can change it," she asserts.

Diana thinks it is smart to smoke the herb before partying because it makes her safer. The 'high' from marijuana will help her drink less alcohol. She doesn't have a care in the world about driving under the influence of marijuana.

Another marijuana user, Quacy, says cannabis makes him more introspective and meditative, which is great for him as he likes to ponder the deeper meaning of life.

This doesn't take much effort because, as most marijuana users in Dominica know, one doesn't have to go far from home to get it, usually 'pon de corner' as Ritchie Spice sang.

Yet another user, Curtis says smoking marijuana makes him hear music in his head, a feeling he likes very much.

"I hear music in my head...I feel different and enjoy the music better," Curtis declares. Then he adds contemplatively, "After a high, one can become hungry."

According to Curtis, "When you smoke you feel like everything is ok. It puts you in a different state of mind." But that is precisely why he doesn't recommend daily use.

It is not realistic to be in a euphoric state daily, he warns, "You can lose touch with reality." However, this is just what many other users want.

Jeff, who is a musical artiste, maintains that cannabis stimulates him to perform better on stage. To him, this pleases fans, makes him more popular and helps business.

So how do all these local users get their marijuana? One user says she gets it from friends. They might not necessarily be full-time dealers; many users like to spread the joy.

It seems that many users are proud of the quality of the locally produced weed and are willing to part with a fair portion of hard-earned cash to get it.

Shelly, a longtime user says, "Right now, the price has gone up."

She buys marijuana in packages of varying quantities according to her needs and budget. It comes in little bags -- $10 portions, $25 portions and up.

Another user, Cedric, says he grows his own, but he knows many users who buy it openly from the village shop.

The potency varies according to the price, as well as factors like the type, quality or where it's grown or bought.

"Some give you a high fast and some hardly have any effect," Diana says.

Cedric, the cannabis farmer explains that the growth and treatment of the plant determine the potency of the marijuana.

"You have to pick it at the right time and ensure that it's properly dried. If somebody is not knowledgeable, they might pick it at an immature stage or dry it too much, which would disturb the quantities of the oils available," he says.

Diana said she was told that cannabis grown under light is highly potent. And so are the flowers. Research seems to verify this, at least about the flowers.

According to the website, learnaboutmarijuana.com, the main ingredient in the plant that gives a high is a cannabinoid called delta-9-tetrahydrocannabinol (THC).

In combination with other cannabinoids, the amount of THC in marijuana determines the strength of the effect of the drug," the site states.

According to the site, the flowering tops, or "buds" of the female cannabis plant have the highest concentrations of THC, followed by the leaves.

Further, the site explains that unfertilised flowering tops of female cannabis plants have especially high levels of THC. Lower THC levels are found in the stalks and seeds of the cannabis plant.," the site says. The potency can vary according to preparation.

Hash oil is reputedly the most potent and is made by harvesting THC from cannabis oil.

Learnaboutmarijuna.com says the resin secreted from the plant can be dried to make "hash," which is the second strongest preparation.