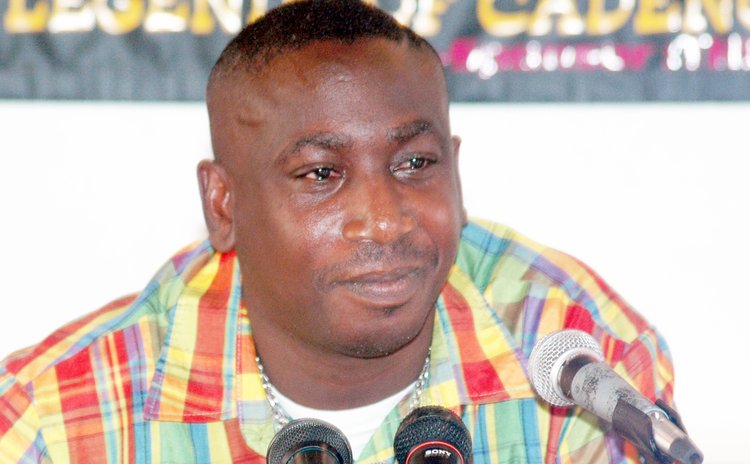 Although I did not partake in WCMF activities for the first time in its 17 year history, I wish to comment on the fantastic marketing that the WCMF team did for this year's edition. It is a fact that in the history of the festival it's the first time we have witness such a robust marketing campaign. This has caused many persons to suggest that marketing executive Leroy "Wadix" Charles should be favourably considered for the position of DFC Director whenever the position becomes available.

I have no problem with such a call because I think that, in the first place, this position should be filled by a local person despite the competencies and qualifications of the present holder. This year it would seem that the visibility and audibility of 'Wadix' rendered the Executive Director to be less involved (probably by design) to be less in the lime-light as far as promotions were concerned and the DFC Director dealt with, perhaps, more administrative duties, much unlike the past 16 years.

Wadix's ability to converse fluently in French Creole, his knowledge of Francophone music which is second to none on island and his God-given talent as a promoter/communicator makes him a prime candidate.

As a student of marketing myself, I also wish to draw to the attention of patrons of the WCMF that the obvious promotional talents possessed by someone, though a major asset, is not the only tools required for the job. One has to be accountable and be able to design programmes for certain markets, do the required research so as to ensure the right pricing, product, place and promotions, the 4ps in marketing, are realised. Without the data and feedback, by way of market segmentation, one would not be aware of the needs of would-be patrons and return visitors for the festivity.

Supervision of staff and gaining their trust is another competence which is required. The planning, delegating, coordinating, preparation of budgets, contracts, adherence to protocol, copyright laws, accounting for ticket sales, accommodation for artists are all integral parts of the duties in creating the creole music brand .

Notwithstanding all of these, qualifications in events management and or marketing which may be required to hold the Executive Director position, one would have to agree that there are some people who have natural gifts which supersede theoretical knowledge gained through study to earn degrees.

It is for this very reason persons are knighted or receive honorary doctorates such as Sir Vivian Richards of Dr Alwin Bully or Dr. Lennox Honychurch. Granted that some honorary doctors have not studied to get their PHDs, but few will argue that based on their competence, experience and track record they are at the doctorial level. Sir Viv, as far as I know, was not schooled as a batsman, on the contrary he was criticized by many English cricket purist and commentators that he "hit across the line". But was it effective? We all know the answer to this, yet many of his formally trained colleagues who went to various academies in England and Australia was not half as competent as he was.

Don't get me wrong, reader; qualifications make you even better at what you have a natural passion and ability to do, and should not be set aside in any sphere of life. Still, I hasten to add, give me the skill and natural competences of a Wadix as a promoter than most who have B.As in events planning. It all comes down, in the end, to who can get the job done.

Many youths who are into music limit their marketing to social media only, but it's all about creating a brand, a promise of value; the way you present yourself to the patrons-attire, musicianship, lyrics, harmonization, energy, professionalism, punctuality, all create the required image for the stage.

I have, in fact, written this article to highlight to my readers the difference effective publicity and advertising can bring to a product whether it is goods or services such as the WCMF, and to suggest that while qualifications provide levels of knowledge in a subject area, it cannot measure practical competence. The best case scenario is to have both, coupled with trust-worthiness, dependability and integrity.

Most of our best musicians in Dominica, and indeed the world, are self- taught, including the legendary songster and lyricist Bob Marley. Hence it is good that DIGICEL and the DFC saw wisdom in allowing more local talent to be on display this year. We already know what they are capable of, but the aggressive marketing particularly this year, is responsible for the reported success of the 17th WCMF.