Maroon Stature to be Built near Fort Young Hotel Roundabout 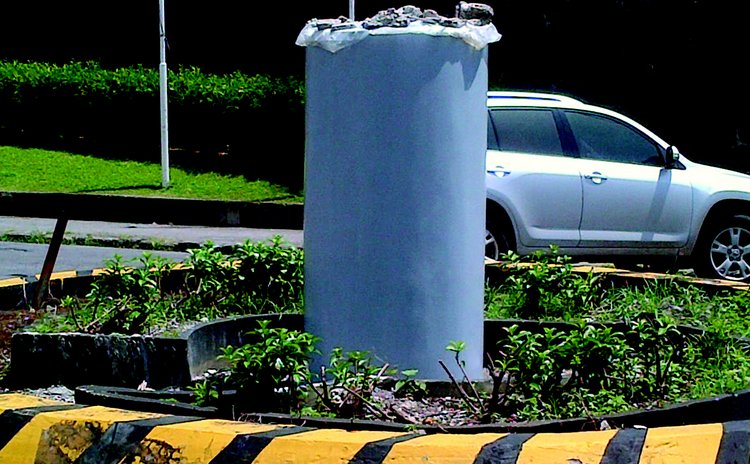 On Emancipation Day, August 1, 2013, the Cultural Division will be unveiling a statue next to the Fort Young Hotel roundabout in Roseau in tribute to the maroons.

Chief Cultural Officer Raymond Lawrence told The SUN: "That will be a tribute to the African ancestors in Dominica…those who were slaves, maroons for their contributions to culture in Dominica".

Commenting on the plans, Dr. Alwin Bully said he is very happy that the statue will be unveiled soon.

"This statue is about a fight for freedom and emancipation; it was made and designed in Dominica by local artist Franklyn Zamore and it is 7ft tall," Bully stated.

The statue, he explained, will depict a maroon blowing a conch shell which was "how messages were revealed in the 18th and 19th century."

So, who are the maroons? According to Wikipedia, the online encyclopaedia, "in the New World, as early as 1512, black slaves had escaped from Spanish and Portuguese captors and either joined indigenous peoples or eked out a living on their own. Sir Francis Drake enlisted several cimarrónes during his raids on the Spanish. As early as 1655, runaway slaves had formed their own communities in inland Jamaica, and by the 18th century, Nanny Town and other villages began to fight for independent recognition.

"When runaway slaves banded together and subsisted independently they were called Maroons. On the Caribbean islands, runaway slaves formed bands and on some islands formed armed camps. Maroon communities faced great odds to survive against white attackers, obtain food for subsistence living, and to reproduce and increase their numbers. As the planters took over more land for crops, the Maroons began to vanish on the small islands. Only on some of the larger islands were organized Maroon communities able to thrive by growing crops and hunting. Here they grew in number as more slaves escaped from plantations and joined their bands. Seeking to separate themselves from whites, the Maroons gained in power and amid increasing hostilities, they raided and pillaged plantations and harassed planters until the planters began to fear a massive slave revolt.

In the Dominican context, Dr. Lennox Honychurch writes that Jaco was one of the most important maroon chiefs commanding camps of escaped slaves in the centre of the island during the period of slavery.

"Born in Africa, Jacko (also written Jacco) escaped from Beaubois Estate (Castle Comfort) soon after his transportation to Dominica in the late 1760's. He established himself and his followers on a plateau near the present day village of Bells.

"He was the main strategist for much of the maroon activity in Dominica during the Maroon wars of the 1780's and 1810's. When Governor Ainslie launched his big offensive against the maroons in 1812, Jacko's camp was one of the main targets. On 12 July 1814 ageing Jaco was surrounded and killed after a desperate resistance. Reports at the time said that he had been in the forest " for upward of forty years." Five leaders of his camp surrendered and the loss of Jacco's leadership was a blow to the morale of the maroons. Jaco was one of Dominica's most famous maroons".