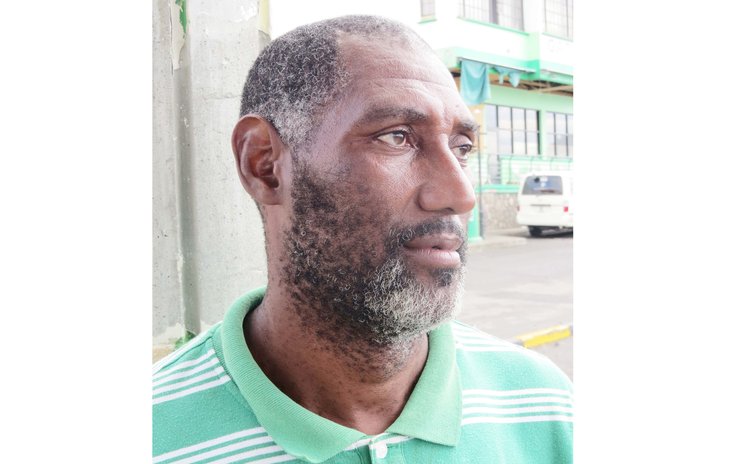 ASHWORTH DANIEL played with Tar Heels and Blazers from Massacre, and other DABA teams

The West Coast village of Massacre which is nestled between the communities of Canefield and Mahaut, once boasted of the popular Sea Moon Night Club, a huge colourful mural depicting the circumstances that led to the village being so named, Mam's Bread, a church building that resembles a gigantic wedding cake, a double-chambered coastal bat cave, Dominica's first coastal by-pass which was destroyed by Hurricane David in 1979, and its tasty coconut 'tablèt'.

More recently, though, the community had very good reason to boast of its exploits on the basketball court to the point where one of the teams that emerged from the village – Blazers I, the 'Pride of Massacre' - became the second most decorated team in Dominica's basketball history in terms of the number of championships that they have amassed to date.

But what are the 'things basketball' that Massacre has inscribed or displayed on its basketball tablet thus far? A quick peek will reveal thirteen (13) teams from the village which participated in the national league of the Dominica Amateur Basketball Association (DABA); a community basketball league which was run on two occasions; Massacre-based players representing Dominica in basketball at different levels of competition; Blazers having their own sports club, and additional entries.

So, let us journey up, down, or across to Massacre to delve into the history of the village's involvement in the sport of basketball.

Massacre's Basketball Court: It was reported by Ashworth Daniel, a native of Massacre that non-competitive basketball in the village of Massacre was first played "on a half-court that was located at the back of the Massacre Catholic Centre."

Subsequently, a full-court with covered seating accommodation was constructed during the 1980s, a short distance north of the northern end of the Canefield Airport runway and close to Sea Moon and Mam's Supermarket & Bakery. Young men from Massacre such as Francis George, Dannyboy Maroni, Frankie Bardouille, Clem Boyd and others, with assistance from Edgar Robinson, worked tirelessly to get Massacre's basketball court up and running.

Come October 2021, the construction of a Multi-Purpose Indoor Sports Facility on the site of the basketball court was nearing completion and thereafter to be commissioned.

Massacre-Based Teams in DABA League: The village of Massacre has so far fielded about thirteen (13) teams collectively in three divisions in the DABA National League. The community was first represented in the League some 36 years ago (1985) when a group of young men from the village formed a team which they named Massacre and competed in Division III (Junior Division). At the time, that Division comprised only six teams – including two women's teams, and one of Massacre's two losses was a 51-point blow-out (104-53) at the hands of Hawks from Trafalgar.

However, two of their three victories were against the women's teams. First, they defeated Sisters of Grand Bay by a score of 45-33 and later enjoyed a 33-point blow-out of Radials of Roseau, 67-34. And while Massacre only competed for one season, Thomas Felix (Sr.), M. Defoe, and Bernard Daniel (brother of Ashworth Daniel) can be considered to be three of the pioneers of basketball in the village of Massacre.

The second (or third) team from Massacre to step on the DABA court was Tar Heels, and this they did in 1989 playing in the Intermediate Division (Division II) for only one season. They did not fare out favourably, placing 9th out of 11 teams in the Division with 2 wins and 8 losses. Their victories were over Magic Touch and Comets.

Included in Tar Heels' First-5 was none other than Ashworth Daniel who went on to play with the senior Blazers team (from Massacre) and captured Dominica's Team MVP and the Tournament MVP Awards in the 1994 OECS Basketball Tournament staged in Dominica. He was also selected as The New Chronicle's Sportsman of the Year for 1994.

Ashworth was featured in Jump Ball's "Ashworth Daniel – Massacre's First Basketball Giant" which was published in The Sun newspaper in February 2018.