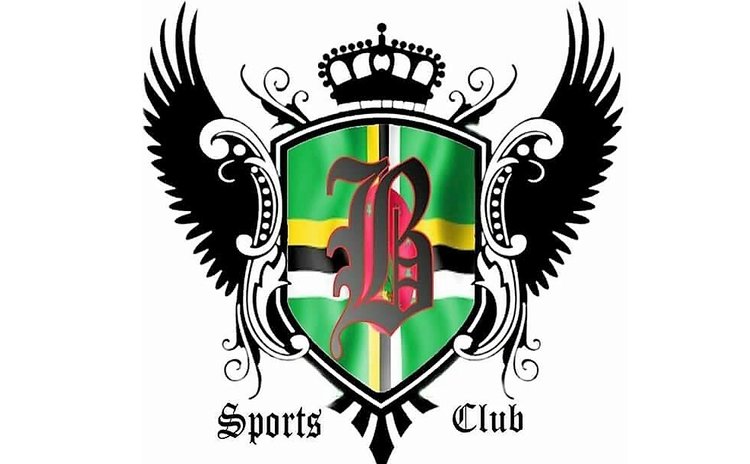 BLAZERS Sports Club was formed in 2016

Part IV of the article presented on the Blazing Hot Blazers; Blazers' opponents through the years; Blazers representing Dominica; and Blazers in friendlies and overseas tournaments. The article concludes below.

Blazers I Attracting 'Outside' Players: As the Blazers senior team continued to add to their championships, the team attracted a number of players from outside of the community. These included Johnny Alfred from Marigot, Fidel Durand (Mahaut), Fletcher Harry (Salisbury), Shaun Reid (Laudat), John Telly (USA), Dexter Warrington (Bath Estate) and Brian Zamore (Canefield). Those players all made valuable contributions towards the team's successes.

Blazers' 2021 Line-Up: As was noted earlier, two Blazers teams were registered for the 2021 DABA National League which was scheduled to be run with three Divisions participating, viz. Senior, Under-18 and an Under-15 Divisions. Unfortunately, that league did not get off the ground because of the second local wave of the COVID-19 pandemic on the island.

The two teams, Blazers 1 and Blazers 2, were registered in the Senior Division and each had a strong core of players from Massacre.

Earl Matthew and Dwight Timothy are from Portsmouth and Elmshall respectively.

With the current COVID-19 Pandemic situation, it is left to be seen whether the national basketball league will tip-off next year and whether one of the Blazers teams will add to Massacre's collection of basketball silverware.

Blazers Sports Club: The Blazers senior basketball team can, without any hesitation, be described as the 'pride of Massacre', and as such they inspired the formation of the Blazers Sports Club. The club, which was formed in 2016 and is headed by Lester Langlais, has so far organized a small-goal football competition and a Sports Day which included a Challenge Race, registration which was open to competitors from Massacre and beyond, and a basketball "grudge match" involving Prowlers from Trafalgar, Hurricanes from St. Joseph, Blazers DI and Blazers Senior.

A member of the club, Miss Primrose David, who served as the organization's secretary, was sashed as Miss Wòb Dwiyèt 2016. She was also a contestant in the Miss Dominica Pageant in 2020.

Remarks: The pioneers of basketball in Massacre and several of those who came after have since retired from the game, but they all made their contribution towards the development of the sport of basketball in their community and at the national level.

Massacre is yet to register a team in the DABA Women's Division. However, with the popularity of the sport in the community it is hoped that soon we will see a team of young Massacre ladies take to the hard court displaying their skills, sinking those Free-Throws and swishing a few Three-pointers. And who knows, the ladies just might bring home some silverware.

Basketball in Massacre has come a long way and owes much to all of the teams and scores of players for their energies and skills, the Government of Dominica, Sir Brian Alleyne - former Parliamentary Representative of the Mahaut Constituency, Hon. Rayburn Blackmoore (current Parliamentary Representative), the Embassy of the People's Republic of China, Edgar Robinson, the basketball officials from the village, teams' coaches, team sponsors, guest teams from neighboring villages, and of course the people of Massacre, including the Massacre Cultural Group and the many die-hard supporters of the Blazers and other teams from the village.

Jump Ball wishes all of Massacre's retired and current players, coaches and officials all the best in their current endeavours.

Jump Ball also thanks Steve Abraham, Thomas Felix, Javeed Joseph and Lindson Lynch for providing some of the information presented above. Their contributions supplemented the materials which were obtained from DABA Season Reports (2013, 2014, 2015), and from archived newspapers housed at the National Documentation Centre and the Dominica National Archives. Thanks also to Yannick Bethel at the Government Printery for his much-appreciated assistance.