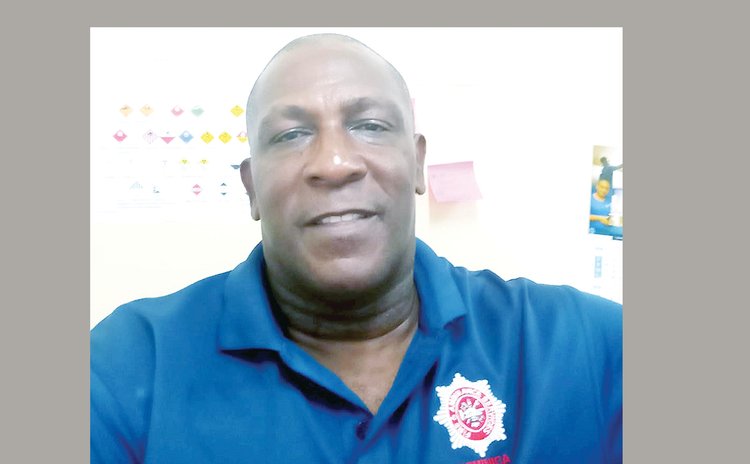 The Dominica Fire and Ambulance Service is one of the most involved institutions in the country, being integral to the safety of citizens.

The men and women who pass through the rank and file of this organization, no matter the number of years, play their part in keeping the country and its people protected.

Acting Fire Station Officer, Matthew Prosper, is one such individual and has been in the service for over 30 years.

Speaking to The Sun, Prosper revealed that his initial interest lay in electrical engineering.

Unfortunately, this did not work out quite as expected and within a year he was searching for another employment opportunity.

"I went to do electrical engineering at H.D Containers, a place where they were making banana boxes in the '90s.", he said. "But after a year I could not take in the amount of cardboard dust inside there."

Prosper then looked at joining the fire service as it was a job in which he could pursue electrical engineering during his downtime.

"Instead of being an electrician, I said 'let me join the Fire Service and I'll get time off to my electricals'. I know they work one day in, one day out because my neighbours were fire officers. That is how I really got involved in the Fire Service, and to be honest, I never regretted joining the Fire Service," Prosper said.

His 31 years in the service was no walk in the park, however, he stuck to it and successfully made his way up to several rungs of the ladder.

"It was a bit easy in the beginning as a recruit but as you get older in the Service you start looking at being at the next level and changing from there. So, it was a bit challenging for me but all in all, I came out ok, " Prosper said.

This veteran fire officer doesn't reserve his training and expertise only for the field of work. He is a well-known community man and is called upon to help when the need arises.

"I was part of the basketball association and normally I give fire tips to my neighbours and I play my role in Canefield as a fire officer. I am very known in that area so it is not a problem. Sometimes people call me first before they call the fire service," he said.

The Station Officer (Acting) believes education among the population is key in helping to safeguard the country and ensuring the fire officers' job is done effectively and efficiently.

"We do a lot of outreach in schools, at the hospitals, etc. we even have an education branch that goes all around the island giving lectures and doing a lot of different things for fire service," he said.

Prosper was quick to drive home the point that the fire service does more than just put out fires and transport individuals via ambulance.

"If you are going to build a house your plan has to go to the fire service," he said. "If you going to have an event, the fire service has to be in the know. Because we are the ones going to be putting the fire measures in place and fire exits. So, we are involved in every aspect of what goes on in the country."

Prosper encourages those who want to get involved in the service to be prepared for a life-changing experience.

"I would tell them to come, it is a very good place to work because, first of all, it changes your outlook on everything, it makes you more positive on what you have to do," he said.