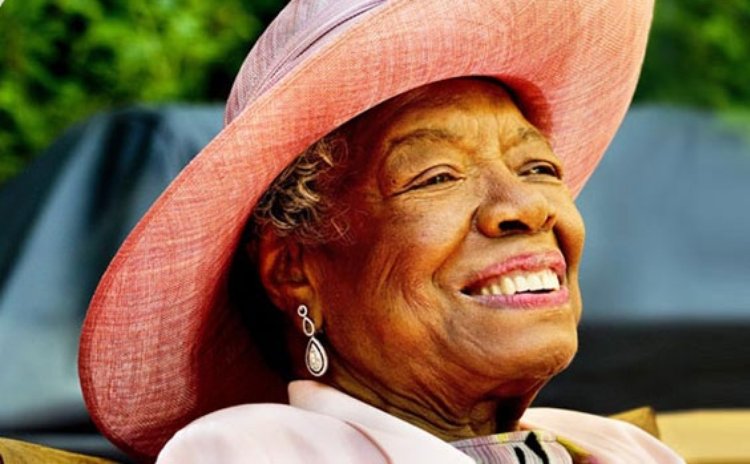 A remarkable American voice has been stilled, but the entire world is poorer for it. Many of us – including me – never met Maya Angelou, yet her writing and especially her poetry had a profound effect upon us.

Maya Angelou put into prose and poetry the emotions felt by ordinary people about events that touched us all. In doing so, she expressed the aspirations of millions and the hopes they share for a better world. In A brave and startling truth, a poem which she wrote and recited at Ceremony marking the 50th anniversary of the United Nations - a poem dedicated more to what the United Nations could be than to what it is - she identified the contradictions of man's behaviour to his fellow man.

"We, this people, on a small and lonely planet

Past aloof stars, across the way of indifferent suns

To a destination where all signs tell us

It is possible and imperative that we learn

A brave and startling truth.

And what is that truth? It is, in part, that:

"We, this people, on this small and drifting planet

Whose hands can strike with such abandon

That in a twinkling, life is sapped from the living

Yet those same hands can touch with such healing, irresistible tenderness

That the haughty neck is happy to bow

And the proud back is glad to bend

Out of such chaos, of such contradiction

We learn that we are neither devils nor divines".

But, she ends that we are yet to come to that essential understanding, and leaves us with the enduring hope that we – the people of the world – may yet do so.

"When we come to it

We must confess that we are the possible

We are the miraculous, the true wonder of this world

That is when, and only when

The depth of these feelings and the capacity to express them so exquisitely came from a woman whose formal education did not go beyond High School, who was raped at the age of eight by her mother's boy-friend, who was pregnant at 17, and whose deprived circumstances – no less than her race - forced her to work as a prostitute, a restaurant cook, a street car conductor and a cabaret dancer. This same woman was the recipient of more than 30 Honorary Doctorates from Colleges that revered the authenticity of her work and the legitimacy of her voice - a voice that could express itself in six languages.

On his inauguration as President of South Africa, that most famous of all prisoners – the quintessential symbol of men and women imprisoned for standing-up for rights and fighting for justice – Nelson Mandela touchingly and poignantly read Maya Angelou's "Still I rise".

"Out of the huts of history's shame

Up from a past that's rooted in pain

Welling and swelling I bear in the tide.

Leaving behind nights of terror and fear

Into a daybreak that's wondrously clear

Bringing the gifts that my ancestors gave,

I am the dream and the hope of the slave.

And while Nelson Mandela connected with that poem and recited it to proclaim his own truth, it also resonates within former colonies whose people were enslaved and who rose above the most heinous and harshest abuse, to carve for themselves a place in the world. Maya Angelou spoke for them too.

Just as Still I rise could be the anthem of the peoples of developing countries who were exploited for generations, so too does "I Know why the caged bird sings" represent their desire to break free of the cage in which the unfairness of the international economic and political system continues to ensnare them.

"A caged bird stands on the grave of dreams

his shadow shouts on a nightmare scream

his wings are clipped and his feet are tied

so he opens his throat to sing

with a fearful trill

but longed for still

and his tune is heard

on the distant hill

for the caged bird

Hers was not the poetry and prose learned and recited by schoolchildren in many developing countries, including the Caribbean. The diet was Shakespeare, Chaucer, Keats, Kipling and Wordsworth – each valuable in their own way, but none spoke with the relevance and gut-wrenching significance of this remarkable woman, Maya Angelou. Her work should be on the reading list of every secondary school and college.

American by birth with experience born of the reality of being black and a woman, she also lived in Ghana and associated herself with Malcolm X and Martin Luther King in the tortuous – often brutal – Civil Rights struggle in the United States.

But something within her made her understanding universal; America was her country but the world was her constituency and so, particularly, people who yearn for equity, for tolerance and for peace.

In 1993, when Bill Clinton was elected President – touted in those days as the first 'black' President of the United States because of his identification with black causes - Maya Angelou was invited to recite a Poem as part of the ceremony. Symbolically naming the United States as 'the rock, the river and the tree' she said "On the pulse of a morning":

Do not be wedded forever

Offering you space to place new steps of change.

Here, on the pulse of this fine day

You may have the courage

To look up and out upon me, the

Rock, the River, the Tree, your country.

No less to Midas than the mendicant.

No less to you now than the mastodon then.

Here on the pulse of this new day

You may have the grace to look up and out

And into your sister's eyes, into

Your brother's face, your country

Asked later if Clinton's Presidency had satisfied the hopefulness of the Poem, she said: "No. But fortunately there is that point about hope: it is never satisfied. It is met, sometimes, but never satisfied. If it was satisfied, you'd be hopeless".

It is hopefulness that is the diamond that sparkles amongst her legacy to the world along with the remarkable wisdom of her arresting and insightful work.

Maya Angelou was – as she said in her Poem Phenomenal Woman – "Phenomenally. Phenomenal woman, that's me."

(The writer is a Consultant, Senior Fellow at London University and former Caribbean diplomat)