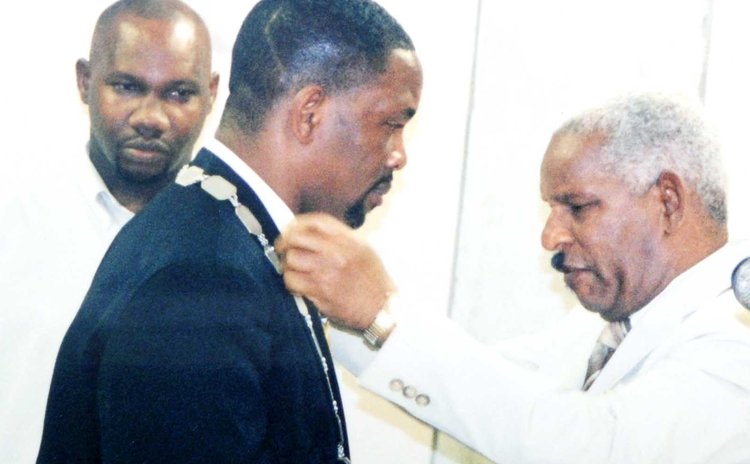 Cecil Joseph, the Mayor of Roseau, told the Dominica Broadcasting Corporation (DBS) radio, where he is employed as the station's Sales Manager, that he will not be contesting the Roseau Council elections to be held on November 18, 2013.

Joseph, a top member of the ruling Dominica Labour Party (DLP), has been Mayor of Roseau for the past 12 years.

He told Kairi FM radio earlier this week that he giving someone else a chance to be mayor.

"Like in everything else, you must give an opportunity to other people. This is the very first time I am saying so and I think that in everything people need to know when it's time to leave. We must also know that the opportunity must be given to someone else," Joseph said.

The city of Roseau is managed by the Roseau City Council; the council reports to Government through the Ministry of Community Development and Gender Affairs. .

The Council comprises thirteen members - eight are elected and five are appointed by the Minister responsible for Local Government. The council elections are held every three years. The elected chairman is the "Mayor of Roseau" and respectfully addressed, "His Lordship, The Mayor".

The election process is managed by the local electoral office. One month before the term of office is up, is made. Locals dwelling in the area are free to nominate themselves and this is done in person at the electoral office, whereby the person's names are placed on the ballot. The appointed members are selected from a pool of recommended members provided by the town council body.

The current council presides over a large area which encompasses Waven Coque to the north, Riviere Canaries to the south, the Caribbean Sea to its west and the Palm Grove area to its east: this area has approximately 14,000 residents.

The function of city council is to regulate the activities in Roseau and the municipal jurisdictions. It achieves this by making laws and enforcing them. It levies house and land taxes, purchases lands or buildings for public use, establishes and regulates the markets, maintains the water works, parks, gardens and any place of recreation. With the establishment of specialized agencies for water, sewer and health services, once provided by the council are now managed by those agencies.

The council is responsible for functions within the capital of Roseau such as: sanitary maintenance, provision and maintenance of public conveniences, allocation of street property to vendors, management of stray animals, and sidewalk and drain maintenance. The council manages all public activities conducted within its limits such as carnivals, parades, street parties, and is the authority from which permission must be sought to conduct activities within its limits, or use of any public facilities.