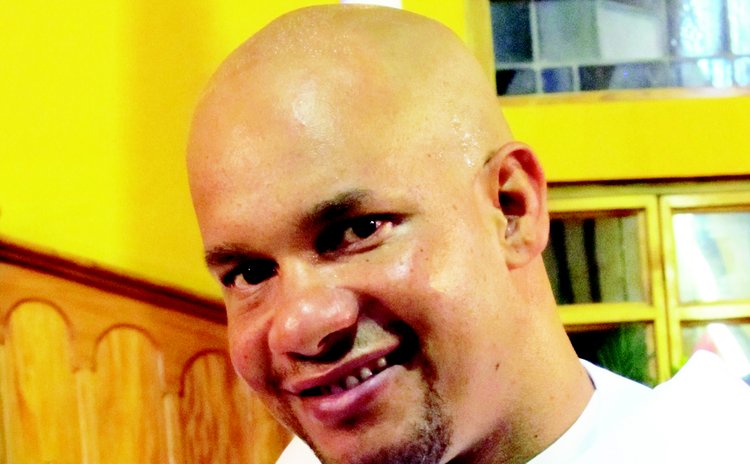 The Diocese of Roseau and the Redemptorist community had much to celebrate last week, Thursday June 6, 2013. The clergy had their latest addition to their numbers when His Lordship Bishop of Roseau Gabriel Malzaire ordained Elton John Letang, CSsR to the priesthood before a standing room only congregation at the Church of Our Lady of Fatima, Newtown.

Archbishop emeritus Kelvin Felix and more than 20 priests from the Roseau diocese, the Caribbean, the United States of America and elsewhere as well as religious, family, friends and others joined in celebrating this happy occasion. Among the priests was Fr. Dennis Sweeney who was Fr. Elton's formator in Boston for four years.

The choir and musical accompaniment was also well represented with personnel from Giraudel/Eggleston, Fatima and Holy Spirit, Cathedral including Trafalgar, St Alphonsus, St. Ann's and lay faithful from the length and breadth of Dominica.

In presenting introductory remarks, Fatima Parish Priest Fr. Clement said Elton Letang was born on April 11, 1974 at Giraudel. He attended the Giraudel Government School, St. Mary's Academy and the Clifton Dupigny Community College. He taught at the Newtown Primary School, Roseau Boys School and the Convent Prep. He had a serious motor vehicular accident on August 19, 2001. After leaving that hospital bed it was time to pursue a priestly vocation. He started seminary in St Croix, went on St John's University in New York, pursued theological studies at Washington University and Boston College, and ending his seminarian days in Trinidad.

In a brief address Fr. Letang said he always had the inclination of becoming a priest one day.

"But in my early teenage life I did not pursue it. I saw other things, more worldly things that looked more enticing like house and lands, wife and cars. And through my high school years at St Mary's Academy the Christian Brothers played a very very big influence on my spiritual life by their way of living. But still I said I just want to very close to church but not so much to be an ordained minister," he said.

But in the summer of 2001 he had a vehicular accident that resulted in multiple fractures to his spine, and youth leader, Elizabeth Alfred from Giraudel said to him 'Elton God is talking to you and you need to listen'. "And from bedridden for about three months I had a lot of time to think of what God was calling me to do. And on recovery I decided to take a leap of faith", he said.

Father Letang said every member of the church has a calling.

"I believe that every person has a particular ministry in the church. We just have to give every person their ministry and not hold back any person on their calling to do something good in our church," he said. "And I think that's one of our problems of our church in the past days. We tend to hold back and say certain people had no right in our church, or only one group has a right to do this and that. But for me, I am a person who is welcoming. I am a person who sees good in every person".

He told the people of Giraudel and Eggleston "you have your priest; you have every right to be joyful".