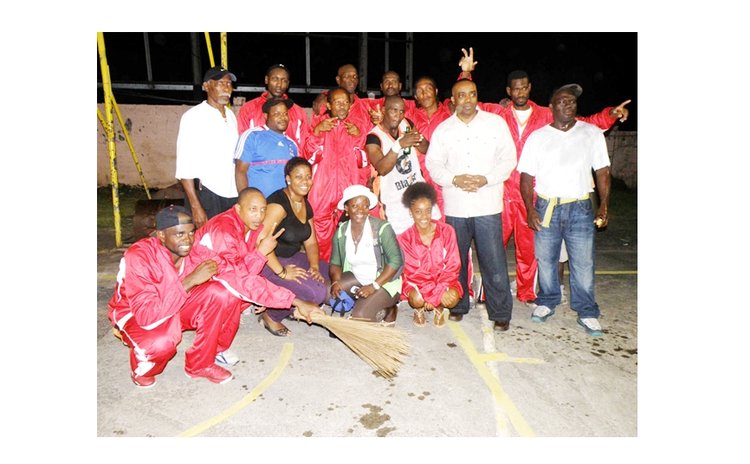 This chapter will cover the 12-year period spanning 1993 through 2004, a period when the basketball fraternity saw some major changes and developments in the national basketball league.

Division I / Premier Division Play-Off Champions: Nine (9) Play-Off Championship competitions were held in Division I (later renamed Premier Division) between 1996 and 2004, with two teams sharing the honours almost equally. Knicks captured the championship five times, viz. 'back-to-back' in 1998 and 1999 and 'doing a three-peat' in 2001, 2002 and 2003. Meanwhile, Blazers won consecutive Play-Off championships in 1996 and 1997 and made come-backs in 2000 and 2004.

Division I Knock-Out Champions: Only three Knockout Championships were held during the period, i.e. 1993-1995. Blazers won the Knock-Out championship in 1993, and Cardinals enjoyed the limelight in 1994 and 1995 - their final championship in their history, although they continued playing until 2004.

Double Champions in Senior Division: Cardinals proudly took home both League and Knock-out Championship trophies in 1994 after performing that feat on several occasions in the past. That was the final year that they performed the 'double' in their history.

Division Ii/2lmd League Champions: The League competition in Division II/2LMD was staged at least 9 times during the 1993-2004 period and it turned out that no one team ruled the roost because at least seven different champions from various communities in Dominica reigned; information was unavailable for the 2001 and 2002 seasons.

Two teams won 'back-to-back' League Championships, with Marigot Sonics enjoying their space at the top of the podium in 1996 and 1997, whilst Clouds from Goodwill followed a few years later, in 2003 and 2004.

Double Champions in Division Ii: One team, Hoyas II, enjoyed double-championships in the three years when there were two championship trophies at stake. The youngsters from Pottersville won 'the double' in 1993, making them the last double-champion in the Division to date.

The League championship title winners during the period were Panthers (1997), Sixers from Grand Bay (1997) and Wesley Renegades (1999).