Meet the Sun's Person of the Year 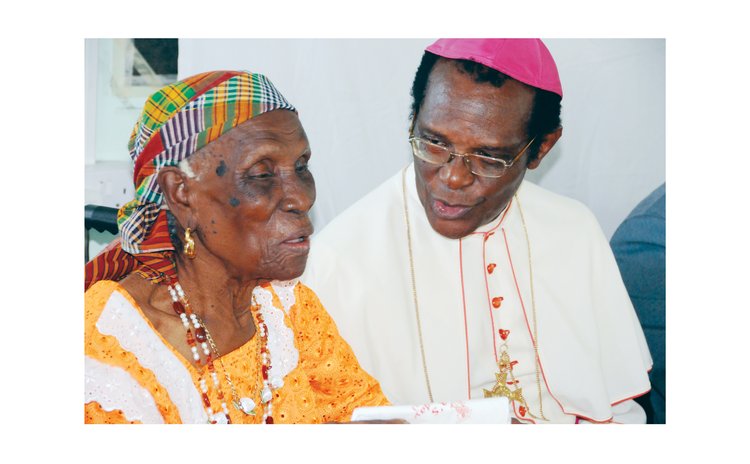 "One for Dominica! How awesome!" someone exclaimed on Dominicanewsonline.

"You made me feel so proud to be Dominican," said another.

This was the first time in the long history of the Catholic Church in the region that a member of the Episcopate from the Antilles Episcopal Conference, which covers the English, French and Dutch- speaking Caribbean, was appointed Cardinal.

"I did not expect it at all," a surprised and elated Archbishop Felix told DBS News then. "I did not have an inkling that an archbishop of the Caribbean would be appointed a cardinal, so you can imagine how stunned I am and elated at the same time."

Felix, 81, Archbishop Emeritus of Castries, St Lucia, was made Cardinal at a public Papal consistory on February 22nd at the St. Peter Basilica in Rome. The date marked the Feast of the Chair of Saint Peter. The following day, Pope Francis presided at a solemn concelebrating with several new Cardinals including Cardinal Felix. A private consistory with all the Cardinals was held earlier, on 20 and 21 February.

Archbishop Felix is the retired Archbishop of Castries who lives at Soufriere in Dominica. Dominica also has the distinction of giving the Caribbean its first Archbishop of the Church, the late Bishop Joseph Bowers, Bishop of Accra in Ghana.

Although cardinals generally join the Church in Rome, Archbishop Felix said he will continue his residence in Dominica.

"I doubt I will be called to live in Rome because once you are 75 years you demit office and any administrative post you hold at that age you have to submit your resignation," he said. "That is why I am no longer the Archbishop of Castries where I served for 27 years."

Gabriel Malzaire, the Bishop of Roseau, said it is an honour for Dominica to have the first Cardinal in the English-speaking Caribbean.

"He's been given the title because of his faithfulness to the Church and his hard work over the years," Bishop Malzaire said." As a Catholic community it is an opportunity for us to rejoice over this important title give to a son-of-the-soil. I believe it's a moment of joy for every one of us."

Because of his extraordinary achievement and the pride and joy his appointment engendered in Dominicans far and wide and in the rest of the region, Cardinal Kelvin Edward Felix is the Sun's Person of the Year.

This year, as in the past, we selected our Person-of-the-Year by an analysis of the news and by consultation with key individuals in the business of collecting and processing media reports on the year's main events. Our choice, as always, is the person, institution or organisation that stands out as a significant newsmaker during the year. Our Person-of-the Year should, for better or for worse, have affected the lives of a large majority of Dominicans.