Mehul Choksi is the Sun's Person of the Year 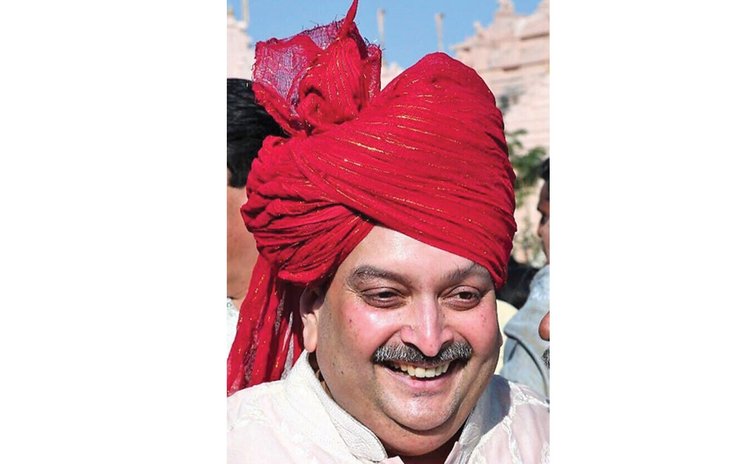 If Anthony E. Zuiker, the creator of CSI: Miami, the American television drama series, ever needs material and a script for a new series, that may be called CSI: Roseau, St. John's, and Bombay, he has very little work to do. The story is all there: all Zuiker needs for the movie are lights, camera, and action.

Starting in late May 2021 the Dominican public was greeted with the news that Mehul Choksi, a billionaire diamond merchant from India and Antigua was then being held at a cell at Police Headquarters in Roseau. How he got there has been stranger than fiction.

The diamond trader and his company, Gitanjali Group, a retail jewelry company with 4,000 stores in India, are alleged to have bypassed PNB'S core banking system and issued fraudulent letters of understanding for payments to suppliers without making entries in the banking software about those letters. But that's another story.

What is now the subject of an investigation by Britain's Scotland Yard, is whether any crimes, such as international abduction and torture, were committed.

"So they're looking at it almost on the very same basis as a war crime," said Justin Simon, Choksi's Antigua-based lawyer, told The Sun. "And clearly, based upon the investigations, if they think that Antigua and Dominica, or either of them, were involved, then clearly, that is going to have some (serious implications)".

"A proven fact it is not because it is really just Choksi's word, but the circumstances are very strange," the Dominica-born former Antigua attorney general said. "How are the police in Dominica able to know exactly where Choksi is going to be landing . . . Did he swim to come to Dominica from Antigua? He must have come by some boat. So where is the boat? Where is the Yacht? And if you're going to be charging the man with illegal entry, how did he illegally enter the country, who facilitated it, why haven't you picked up those persons? Add to that the situation that they had him there, secretly at the police station in Roseau, prevented the man from getting medical attention when it was clear from the man's face and his body that he was bruised and battered, and you refuse him to see a lawyer . . . So when you add all of these things together, it's clear that something is amiss."

Note that Dominica's Prime Minister Roosevelt Skerrit has washed his hands of any involvement in Mehul Choksi's mysterious arrival in Dominica and has labelled such claims as "total nonsense."

Unlike previous occasions, the prosecution did not object to this bail application hence Justice Stephenson permitted Choksi's travel to Antigua and Barbuda to consult with Dr. Gaden Osbourne, neurologist, at the Sir Lester Bird Mount St. John Medical Centre.

Prior to his admission to bail, the applicant had to deposit the sum of EC$10,000 in cash to the Registrar of the High Court to secure his appearance back in Dominica on the date fixed for his trial of illegal entry before the Magistrates Court.

Following this order, the diamantaire left Dominica on July 14 and landed in Antigua and Barbuda at the VC Bird International Airport at around 4.30 p.m. via a private SVG Air charter.

When will Choksi return to Dominica to face the charge of illegal entry is anyone's guess.

What is clear is that Choksi affair has demonstrated that our leaders who have been bestowed with tremendous power, have the great responsibility to use that power wisely and to strictly observe international laws and conventions.

Over two months of the Choksi saga, which generated intense international media coverage, Dominica's reputation suffered immeasurable damage that may take decades to repair, if ever.

In the end, Choksi may have taught Dominicans a valuable lesson on good governance. It is up to the public to take note.

This year, as in the past, we selected our Person-of-the-Year by an analysis of the news and by consultation with key individuals in the business of collecting and processing media reports on the year's main events.

Our choice, as always, is the person, institution, or organisation that stood out as a significant newsmaker during the year.

Our Person-of-the Year should, for better or for worse, have affected the lives, directly or indirectly, of a large majority of Dominicans.