Mehul Choksi, The Sun's Person-of-the-Year: "I have slept with diamonds" 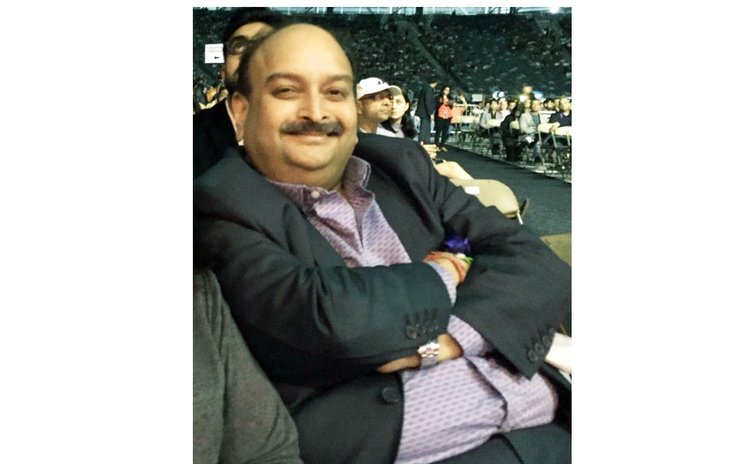 Mehul Choksi was born with a diamond spoon in his mouth. Not that he considered himself part of the Indian aristocracy, but as the son of a diamond merchant, his was a life of more than just precious glitter.

"I [was] born with a silver or gold spoon, you can say, [in] that I was born in a rich family," Choksi told The Sun. "Yes, I was born around diamonds."

The youngest of six children – he has four sisters and one brother – in a family that was quite well off, the young Mehul knew what it was like to be cossetted by family.

"I was always a bit pampered because I was the youngest, the most loved one," recalled the jeweller, momentarily betraying a tinge of joy at this precious memory. It was one of only two times that he expressed any emotion during the near hour-long interview. "Beyond brothers, sisters, parents, two uncles and everybody, I was quite pampered by everybody."

Born on 5 May 1959 in Mumbai – Choksi says Bombay, which was the official name of the capital city of the Indian state of Maharashtra until 1995 - Mehul Choksi grew up in a newly independent India. And although Mahatma Ghandi had been assassinated in January 1948, eleven years before Choksi was born, the man who championed India's independence from Britain helped shaped Choksi's philosophy on life.

But it was his father who was the greatest influence on the young Mehul. His dad had come from the city of Palanpur, the ancestral home to an industry of Indian diamond merchants and the administrative headquarters of Banaskantha district in the state of Gujarat on the western coast of India. It was no surprise, therefore, that his family gravitated towards the diamond business.

"They were encouraging many more people to join the business of their cousins and [families] . . . and we were growing with a lot of people around and all very busy in the diamond business at that time." Choksi's grandfather had started a diamond trading company in the early 1950s, which was passed on to Choksi's dad in 1955.

He ran it for nearly three decades, growing from just a merchant to a manufacturer of polished diamonds, while at the same time passing on his knowledge and skills to the young Mehul.

It was a business that took the elder Choksi to places far and wide, exposing him and his young son to various cultures and practices.

Since a lot of business was being done from home, the young Mehul practically learned the diamond trade at his father's knees, recovering any precious stone that fell onto the floor and handing to his dad in exchange for five rupees (the equivalent of about six US cents).

This early introduction to commerce, coupled with his passion for diamond, paved the way for Choksi to become the architect of one of the largest global brands in the diamond and jewellery business. By age 17, even while still studying commerce at GD Modi College in Palanpur, he was out in the world demonstrating his entrepreneurial prowess.

"In the daytime, I would go to learn the business and in the morning time I used to go to college. And my father was very bold; and he said, 'okay, go into business by yourself,' so I was travelling to Belgium and getting the rough diamond on my own for few years."

Choksi was an intelligent young man, always topping his class at college. However, unlike his peers, he had no interest in furthering his education after graduating, as he felt he had already found his calling.

And despite coming from Mumbai, which has produced some of India's greatest cricketers, including Sachin Tendulkar, Sunil Gavaskar and Ravi Shastri, Choksi had little to no interest in the sport either. In fact, with the exception of travelling, nothing outside of diamonds interested him.

"I was very much involved in diamonds," the told The Sun from his home in Antigua. "I have slept with diamonds, I have braided diamonds and I was so engrossed in the business and the rest of my life I did the branding, I was very, very passionate about my business." It was this passion that drove him to accept his father's mantle of running the business while still only 21 years old. It seemed a natural progression for the young man, but it also came with some shocking and unexpected challenges.

In 1985, Choksi's father died. At about the same time, oil prices were rising, the market had crashed and the young chairman of the Gitanjali Group was left with over half a million karats of rough diamonds and sleepless nights. His response was to be creative.

"At that time people never believe in India, that India had such a huge capacity to manufacture, so I started manufacturing diamonds," he said back in 2008 when he was named entrepreneur of the year by Ernst & Young (now doing business as EY). By 1992 the company had become India's largest diamond exporters, and Choksi had become a champion for a new business model in the diamond and jewellery industry, which focused on everything from manufacturing to branding.

Between 2000 and 2018, eight out of the top ten jewellery brands in India belonged to the Gitanjali Group and the pampered child had grown into an imposing figure – literally and figuratively – snapping pictures with big names such as tennis icon, Serena Williams, Hollywood actress Demi Moore, and Bollywood stars Amitabh Bachchan and Shah Rukh Khan, all of whom have endorsed his brands.

"I was the industry leader in this way for the whole industry all over the world," stated the pizza-loving vegetarian. "I was called in India as [the one] that democratised diamonds in the world because of my advertising and because of making diamonds available at every kind. I started many channels in India, which were not existing. I was a contributor to making India a marketplace for diamonds."

Yet, Choksi comes across as a man who's a peace with himself. He's calm, relaxed, measured, unflustered, well-mannered, respectful and seldom displays any emotion, although he laughed heartily when asked about his love of pizza.

Some of demeanour may be the result of the discipline instilled in him by his father. But it could also be that as a Jain Hindu, Choksi has conquered his inner passions such as anger, attachment, greed and pride, and he now possesses pure infinite knowledge. The father-of-three speaks with little emotion about meeting his wife for the first time – his was an arranged marriage –how happy he was when they met, their engagement in his father's presence and his dad's death shortly before the wedding.

And forty years after taking control of his father's business, the man who was born with a diamond spoon in his mouth, seems quite satisfied with a less opulent lifestyle and has come to grips with his arrest last year and his yet unresolved illegal entry case – which resulted in extensive news coverage and had a profound impact on law and politics here.

"To be very honest, it's not a dream, it's not a nightmare, nothing. I'm just taking what the God is giving me," insisted a relaxed Choksi. "I'm floating and I'm a very satisfied man as far as my carrier is concerned."