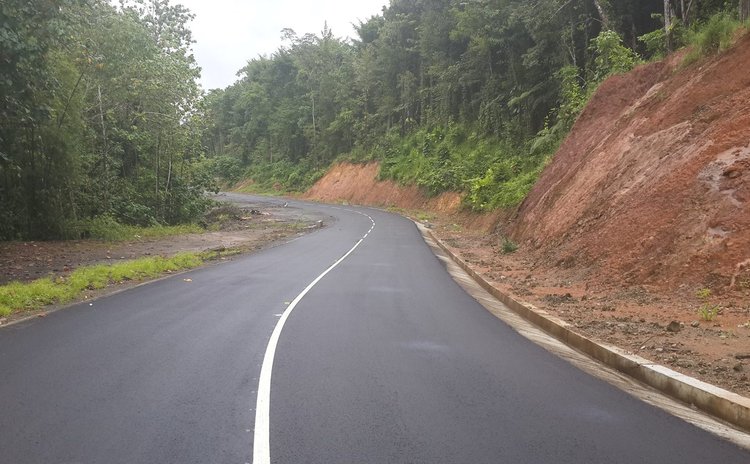 Roseau, Dominica – Monday, October 20, 2014 - The General Public is hereby notified that the Ceremony for the Official Opening and Naming of the section of the new highway from Melville Hall to Pond Casse will be held on Saturday, November 1, 2014 at 4 o'clock in the afternoon.

The Cabinet of Ministers has determined that this Highway be named in honour of the vast contribution to national, regional and international development of His Excellency, the former President of the Commonwealth of Dominica, Dr Nicholas Liverpool.

Speaking on behalf of the Cabinet, Chairman, Prime Minister the Honourable Roosevelt Skerrit said Dr Liverpool blazed a trail as a distinguished Jurist and legal expert; bringing much exposure and positive recognition to the Commonwealth of Dominica over the past five decades.

Prime Minister Skerrit said the former President also brought much dignity and humility to the office of President; serving at a very challenging period in Dominica's social and economic rebound from the global economic recession.

"Dr Liverpool's was a firm and assured hand, overseeing the course of national development during the first decade of the 21st century. His contribution was immense and is richly deserving of national honour and recognition," Prime Minister Skerrit said.

As of Saturday, November 1, 2014 the Highway from Melville Hall to Pond Casse shall therefore be officially titled - The Nicholas Liverpool Highway. Members of the General Public are therefore invited to attend the ceremony for the official opening and naming of this project at Pond Casse at 4:00pm on Saturday, November 1, 2014. (Press Attache of the Government of Dominica)