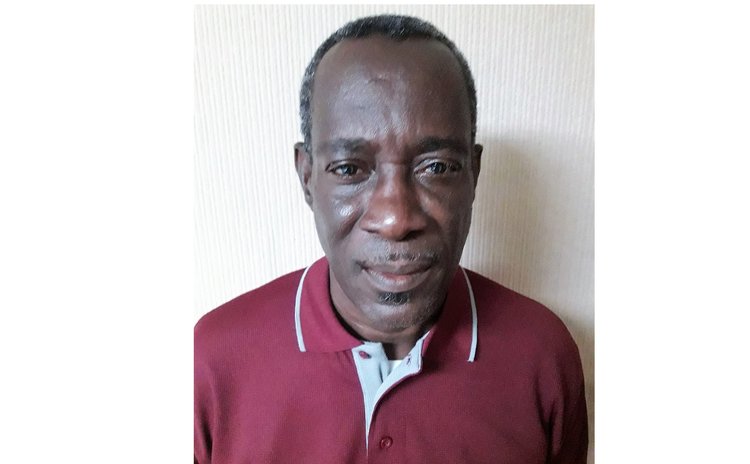 It is said that every journey begins with a single step and Marcellus 'Ti-Ling' Lee embarked upon his basketball mission when he was only about 8 years old, while attending the Roseau Boys' School. At that time he resided opposite Bald Head's Bakery near the southern end of Great George Street in Roseau. From there he would regularly follow some teenage youngsters from his neighborhood up to St. Mary's Academy (SMA) where those youths would be playing basketball. And that's how he got introduced to this exciting sport.

Ti-Ling the Player: Ti-Ling admits that following his initiation he "just fell in love with the game". He must have said to himself that when he grew up he wanted to be like those guys – 'Neckers', 'Fanso' and others – who shortly thereafter rose to some level of prominence on Dominica's basketball landscape. Thus, from the SMA hard courts he took his first infant steps on what would become an impressive basketball journey over the next two decades.

Ti-Ling, bearing the accolade of being one of the first primary school pupils to play in the National (DABA) Basketball League probably made local sports history. Grand Bay Primary School and Roseau Boys School teams later participated in DABA competitions in 1988 and 1989 respectively.

In 1973, shortly before entering secondary school, Marcellus took his first jump shot under the lights when he played with Lakers in the National League's Junior Division. Bradley 'Bee-O' Oscar, another Primary School pupil, was also a member of that team.

Over the next fourteen (14) years Ti-Ling would go on to play with three other teams in the national league: another junior team and two senior teams, completely by-passing the Intermediate Division.

Upon entering secondary school in September 1973, with his skills and limited but important experience Ti-Ling got selected onto the Dominica Grammar School Junior team in 1974, only months after entering DGS which had been involved in basketball for six years then. He boasts of being the first player to have made the school's junior team as a First Former.

Marcellus recalls DGS Juniors, which had won DABA's 1976 Junior Division league championship, playing exhibition matches during the 2nd Windward Islands Basketball Tournament which Dominica hosted in 1976. He vividly remembers those nights, playing against other junior teams just before the feature match each evening. One such team that DGS Juniors took on then was Kensbro Junior which included players Julius 'Boss-Boy' Cuffy, Daniel 'Mayes' Winston and Davidson 'Wadam' Daley in their line-up.

Upon graduating from the Dominica Grammar School Lee joined Leewind Ambassadors in the first post-Hurricane David national basketball league (1980) and remained with that Division I team until their retirement in 1982.

The fourth and last team that Lee played with in the national league was Eagles (Senior), from their debut season in 1983. Under his captaincy Marcellus led Eagles to capture double League and Knockout Championships in 1986, followed by the 1987 Knockout championship; they then flew out of existence at the end of the 1987 season. The story of the two Roseau-based Eagles teams was presented in Jump Ball article #46, 'The 1980s Eagles Soared, Then…' in March/April 2019.

It must be noted that while playing with Eagles Marcellus Lee was described in various issues of The New Chronicle as, "…diminutive captain Marcellus Lee", "the mercurial 'steal' specialist", "Marcellus Lee quick on the fast breaks...", and "the quicksilver Marcellus Lee" (in reference to his many steals).

Representing Sisserou Land: Playing in the Point-Guard position, Marcellus first sported national colours in 1977 while still playing in the Junior Division, with DGS Juniors. That year he was selected to a Dominica Representative Team which played against Antigua's national team; the Antigua Bulldogs included then well-known Andy Christian in their lineup.

Ti-Ling would later go on to represent Dominica at the national team and club levels. He played on Dominica's Senior National Team in 1985 and 1986, representing Dominica in the OECS Basketball Championships in Antigua and Grenada respectively. Then in 1987 he captained J.K. Eagles when they co-represented Dominica in the inaugural OECS Champion-of-Champion Basketball Clubs Tournament which was staged in Roseau.

Ti-Ling In Off-Seasons & Friendlies: Apart from playing with Lakers, DGS Juniors, Ambassadors and Eagles, as well as representing Dominica at national and club levels, Ti-Ling also played in Off-Season Basketball Leagues and 'Friendlies'.