Most Caribbean countries, including Barbados, have been changing their governments but why is Dominica different 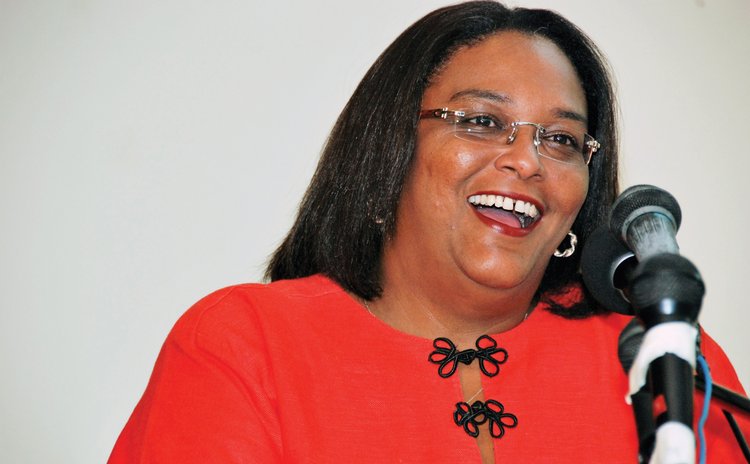 But not here. For eighteen years – fourteen of them under the leadership of Roosevelt Skerrit - the Dominica Labour Party (DLP) continues to survive general election after general election, with hardly ever a scratch.

However, following the decimation of the Democratic Labour Party in Barbados last week, in which it lost all 30 seats at stake, including a stronghold no one ever thought it would ever relinquish, some here are beginning to ask why is it that voters across the Caribbean can so easily change government while Dominicans will not.

"The opposition is the key thing. It's really about the opposition," says Peter Wickham, the Barbadian political scientist and pollster who is familiar with Dominica, having conducted many a poll for the DLP.

Wickham points to the fact that in Antigua & Barbuda and Grenada, both of which held elections in March this year, the incumbents increased their majorities. In Antigua, the Gaston Browne administration, which sought a second term nearly two years early, won all but two seats in the 17-seat legislature, and in Grenada, Dr Keith Mitchell's New National Party (NNP) swept the poll, taking all 15 seats in its bid for a second straight term. Mitchell's NNP had been in power previously, from June 1995 to July 2008, and was in opposition for just one term.

Wickham says, in both cases the economic situation was dire, therefore, "it came down to the alternative".

"A lot of the campaign tactics the opposition in Dominica uses is the same tactics the [Democratic Labour Party] used," he observes.

In Barbados, the campaign descended into the gutter with unprecedented personal attacks, the level of nastiness the country had yet experienced. All of those attacks, however, came from the governing party against Mia Mottley, the leader of the Barbados Labour Party, who chose not to respond in kind, but instead to remain on a message of hope. The incumbent ended up with just about 20 per cent of the votes cast, down from 51.3 per cent in 2013.

Wickham tells The Sun it's a lesson that the United Workers Party (UWP) must learn if it wishes to oust Skerrit and the DLP.

"The opposition in Dominica always uses this tactic of smear. My hope is that this thing teaches a lesson about the use of social media and the nastiness. That needs to stop," he says.

However, development expert Crispin Gregoire sees it differently, arguing that a flawed voters list and a massive funding advantage from unknown backers are to blame.

Gregoire notes electoral reform recommendations from both the Organization of American States and the Commonwealth following the last three general elections, all of which he says, the prime minister "has thrown into the garbage bin".

He repeats the opposition's frequent calls for electoral reform, to include the purging of the voters' list - thus barring people who are not resident here from voting – and campaign finance reform.

"The foremost issue that has to be addressed is campaign finance. The Labour supporters don't put a cent into the party, yet the Labour Party can spend millions of dollars into its campaign. So the election machinery in Dominica is totally flawed and until we can address that we won't have elections of integrity," he says.

In fact, Gregoire believes the UWP would have won the last election had the DLP not flown in voters by the planeloads, and he recommends that the authorities take a look at Jamaica's campaign finance model and Guyana's model for electoral reform.

"Guyana has a large Diaspora but these people cannot vote in any election," he says.

Still, it cannot be ignored that large numbers of Dominicans at home continue to support the DLP, a situation Gregoire blames on the polarisation of the people, whose allegiance is to party, not necessarily country.

"Dominicans don't vote on issues, they vote on party, and the polarization is so deep. So for there to be a change in government you must have a realignment of at least five per cent of Labour supporters to the UWP.

"Labourites don't like the UWP, and they don't like Lennox Linton. It's like it's a tribal war. And Labourites are afraid of being in opposition because the patronage is deep," he says.

What it comes down to, Gregoire says, is that unless there are serious changes to the electoral system to level the playing field, there will be no change of government here.

"It's a sad, sad, commentary on where things are," he argues.