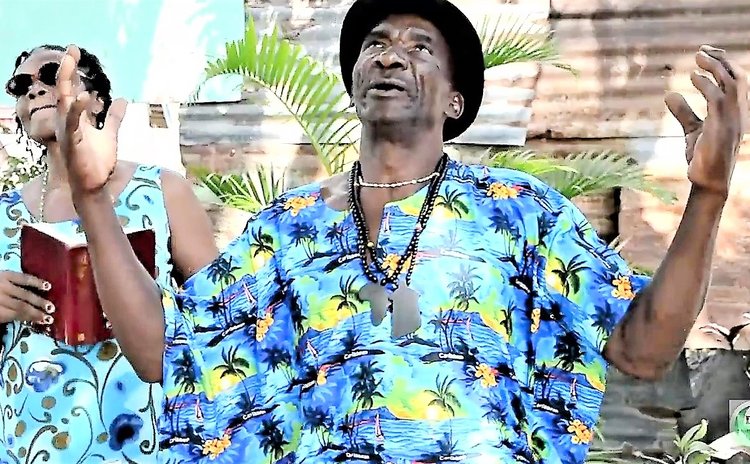 Mighty Akar, from his video

The Calypso fraternity and the nation by extension are in a state of mourning following the sudden passing of veteran calypsonian George `Mighty Akar ' Jervier.

Information reaching the Sun indicates that the Scotts Head native suddenly passed away on June 19, 2021, at his residence.

Known for his popular hits, which were usually performed in creole, in 2017, he received special recognition for his promotion of folk creole music at the Golden Drum Award ceremony.

As the Dominica Coconut Product (DPC) Successors Limited gears up for its legal battle with some Jamaican state agencies, soap manufacturers and exporters, Trade Director Mathan Walter has highlighted that Dominica will back DCP Successors.

Two agencies of the Jamaican Government, the Trade Board and the Jamaica Customs Agency, and their bosses the Trade Administrator and the Commissioner of Customs and Excise as well as local soap manufacturer Blue Power Group have all been sued in Jamaica by the Dominican soap-manufacturing company.

The suit is the latest in a series of maneuverings by DCP Successors and the Dominican Government to get a level playing field regarding competition in the soap marketing within CARICOM, accusing Jamaica and Blue Power of uncompetitive practices.

Pledging their full support, Walter stated that the Council for Trade & Economic Development (COTED) decided at a November 2020 meeting, that soaps exported from Jamaica to any CARICOM country would be subject to duty because the product was not considered as being manufactured in CARICOM.

In an appeal to the general public, Acting Senior Met Officer, Marshall Alexander, is pleading for Dominicans to make serious preparations for the 2021 Hurricane Season, as forecasters warn that hurricane season is likely to be an above-normal season.

"The expectation is indeed comparable to what happened in 2017 where we saw 17 named storms, 10 hurricanes which occurred consecutively and we had six major hurricanes, so this means that we have to get serious with our preparation efforts and not take this prediction lightly," Alexander said.

He continued, "As we saw in 2017 it only took one system which was category 5 Hurricane Maria to disrupt our lives in Dominica."

Local Government Commissioner Glenroy Toussaint is reporting that the number of citizens who will require accommodation in hurricane shelters has decreased this year to 3,921.

Toussaint attributed the 679 drop from last year's 4600 figure, to "the extensive government housing programme" where several individuals and families were assisted to improve their homes while others built back better.

He added that the vulnerability assessment indicated that in some of the communities, the houses are ok, but the location is problematic, citing the proximity to the river in Coulibistrie as one example.

A Smart Distance Learning Project has been launched by the Rotary Club of Dominica in collaboration with Canada at the Dominica State College (DSC).

According to the President of the Rotary Club of Dominica, Delbert Paris the programme provides instructors with the ability to create and deliver content, interact with students and provide feedback, virtually.