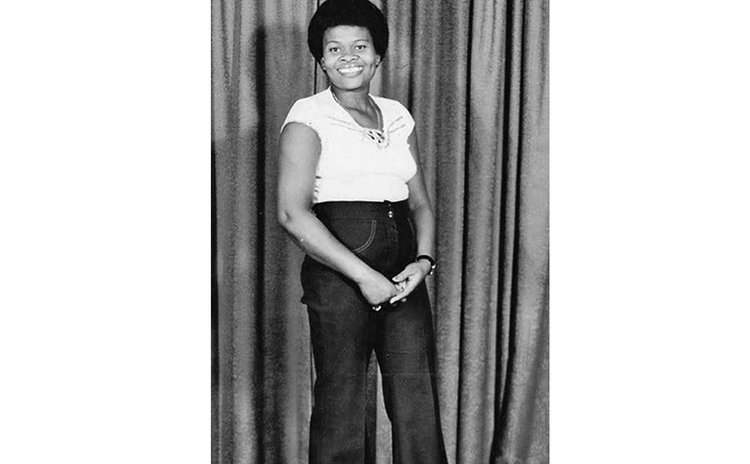 Seraphine Hyacinth aka "The Mighty Kon Lanbi" has died.

Hyacinth's sister, Ruby Hyacinth-James, confirmed that she passed following a prolonged illness. She died on Friday, May 29, 2020.

Kon Lanbi was the first and only female calypsonian involved in Calypso in the early 70s. Seraphine earned the name Kon Labi, thanks to her dad, Elon Hyacinth, who was a fisherman who used the conch shell (Kon Lanbi) to announce his catch.

The Mighty Kon Lanbi began singing Calypso in 1970/71 in Portsmouth, while she was in her early 20s. Her first calypso I'm Gonna Win the Calypso Crown, was written by John Alexis, and it comprised lyrics like: "make the men hold their tongue, I'm gonna win the calypso crown, and make Portsmouth women strong". Alexis was also Kon Lanbi's brother-in-law, and teacher at the St. John School. In 1972 Kon Labi sang Go Back to Africa and her 1973 song was entitled, Kon Labi is the one we want in 73. In 1974, Seraphine sang Free for 74: I don't want no heavy load, all I want is fet, fet, fet, a song which was written by Livingston Castle (Might Spencer).

Kon Lanbi was one of four Portsmouth calypsonians who participated in the national calypso competition in Roseau in 1974, and she placed 4th. When asked about reward for her achievements, Seraphine said, "at that time they were not paying, you just sang for free and for fun". The other three north calypsonians were Tremendous, Mico, and Tiger. Kon Labi qualified for the national competition after performing at the Rovers Calypso Tent.

The Mighty Kon Lanbi migrated to St. Martin in 1975, where she would continue singing calypso for a few years. In St. Martin, she went by the name: Super Sey. Hyacinth's kaiso mentors were Mico, Spencer and the Mighty Sparrow; Kon Lanbi said that she loved kaiso because she loved carnival and carnival is calypso. Hyacinth converted to Christianity, and her love for calypso waded, but she was gracious enough to grant me an exclusive interview in 2014. The complete story will be released sometime in the near future, to coincide with the delayed release of my book: Historical Perspectives of Calypso & Soca.

Seraphine "Kon Labi" Hyacynth was the pioneer woman in Dominica Calypso. He sister, Ruby, says that she was the Calypso Rose of Dominica. She certainly paved the way for Juliana "Jah Lee" Alfred to become the first calypso queen in 1978, Avis "Lady A" Bruno, who was the only female kaiso finalist of the 80s and Tasha "Tasha P" Peltier – Dominica's first female Kaiso Monarch in 2011.

Seraphine "Kon Lanbi" Hyacinth, who will be laid to rest in St. Martin later this week, is a major loss for Calypso, Portsmouth and Dominica. My deepest condolences to her family and friends.