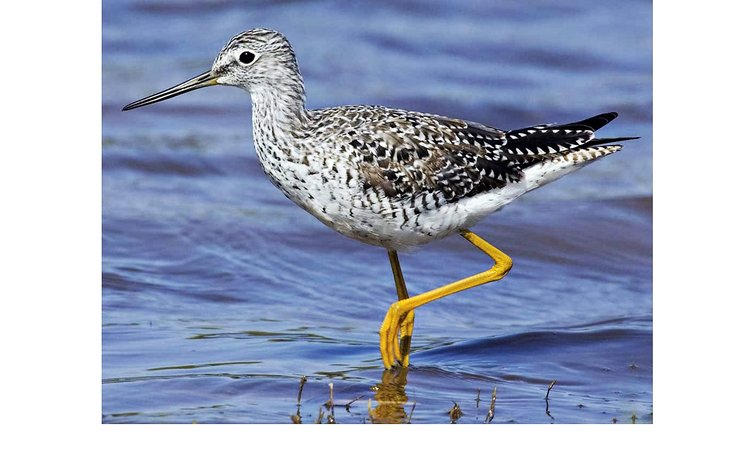 Caribbean islands including Dominica, have played and continue to play an important role in the life-cycle of migratory birds that travel thousands of miles to visit the Caribbean each year. For centuries, birds have made this amazing annual journey, coming from as far away as the Arctic, South America and the Antarctic. Many of these migrant bird species utilize "stopover sites" on Dominica and other Caribbean islands. "Stopover sites" are natural areas used by migratory birds to rest and re-fuel while in-transit during their long-distance journeys. Therefore, in recognition of the importance of these natural areas to the survival of migratory birds, the 2017 Caribbean Endemic Birds Festival (CEBF) has selected as its theme: "Stopover Sites".

This annual pilgrimage from the Northern Hemisphere to the Southern Hemisphere and vice versa, can be considered a right-of-passage for several species of land birds, seabirds, raptors, waterfowl and shorebirds. These migrant birds, while at "stopover sites", share habitat space and food with Caribbean endemic birds and other resident avian species.

Bird migration is the seasonal movement of numerous species of birds along pre-determined flight routes known as flyways, between breeding and wintering grounds. The typical pattern involves birds flying north in the spring to breed during the temperate or Arctic summer and returning in the autumn to wintering grounds in warmer regions to the south. Typically, some migrants flying between the Arctic regions and South America along the Caribbean flyway would stopover temporarily on the various Caribbean islands. Part of this seasonal mass movement of birds is observed in Dominica particularly during late January to March and again during July and November.

The timing of migration appears to be controlled by changes in day length and in response to changes in food availability, habitat and weather. However, migration is driven primarily by availability of food. This phenomenon occurs mainly in the Northern Hemisphere, where birds are funneled on to specific routes by geographical barriers such as high altitude mountain ranges and large bodies of water such as the Mediterranean Sea or the Caribbean Sea. Migrating birds seem to navigate with the aid of a built-in geographical positioning system using planetary signals from the sun and stars, the earth's magnetic field, and mental maps.

Migratory stopover habitats are essential for successful bird migration. Migratory birds need these critical "stopover sites" in the same way a traveler would require a hotel, restaurant or rest areas on a long-distance road trip. The stopover points are usually strategically located in forested areas, wetlands, mudflats, estuaries and beaches with adequate food and shelter.

Dominica hosts several important natural areas or "stopover sites" that are critical to the survival of migrant birds. These are the wetlands at the Cabrits National Park, the swamp at Glanvillea, the river estuaries at Layou, Hampstead, Melville Hall, Londonderry and Castle Bruce respectively, the Freshwater Lake and coastal shorelines. Historically, during the annual migrations, flocks of migrant birds, particularly Sandpipers, have been observed flying in synchronized formation over the island's coastal waters or feeding in river estuaries, wetlands and along coastal beaches.

However, migration carries high costs because of predation, hunting, mortality due to exhaustion, and loss of key stopover habitats. In recent times, it is becoming increasingly difficult for exhausted birds to find suitable areas to rest and re-fuel as development continues to remove key stopover habitats from our landscape. Therefore, it is incumbent on Caribbean people to ensure that these "stopover sites" are protected, thereby ensuring the survival of migrant birds, an essential part of the Caribbean's natural patrimony.