Mikey's Contribution to Broadcasting In Dominica 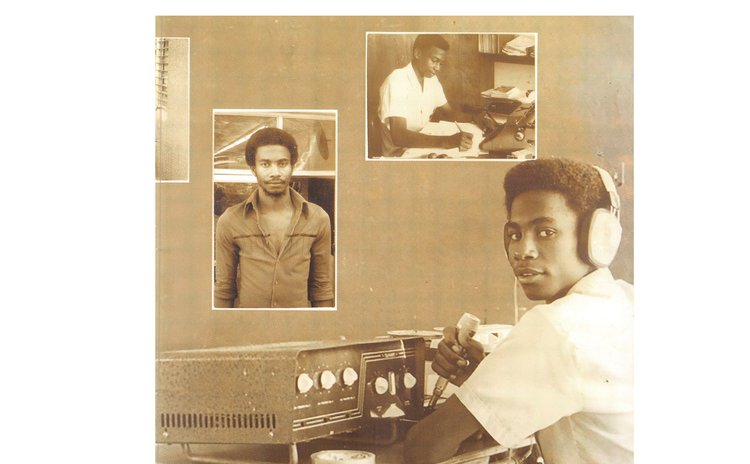 Mikey's early days as a broadcaster

Mikey was one of the most creative, versatile, and altruistic broadcasters ever to walk through the corridors of DBS Radio. His relationship with the national radio station spanned several decades. It began with him working as a volunteer in the early seventies at the Windward Islands Broadcasting Service (WIBS) Dominica studio when he was still in secondary school and ended only with his sad departure from this earth.

Radio Dominica replaced WIBS in 1971 and further evolved into The Dominica Broadcasting Service (DBS Radio) in 1976. That's when Mikey got his first job at the station.

Mikey's multi-faceted contribution to the operations of DBS spanned the whole gamut of broadcasting both on and off air – from splicing reel-to- tapes (which were used at that time) to organizing the record library; from working as a production assistant to becoming a producer of programmes (including drama productions); from announcing, to news reading, to commentating and sometimes, even performing the role of technician in certain circumstances such as outside broadcasts. Mikey was immensely resourceful.

His compassion for people was at the core of his work as a broadcaster. Through a programme called Community Linkup, which he produced every week, Mikey was able to the bring radio to the various communities in Dominica and have people tell their stories about their lives their hopes their concerns, their achievements. He helped to redefine the concept of "radio land" as the domain of the broadcaster who, to many listeners, was, generally, a mysterious voice in the studio, and made it instead, the domain of the listener who became an active participant in the communication process. In keeping with his altruistic nature, Mikey always found time outside of his duties, too help others. Sometimes he was asked; many times he volunteered . Mikey's contribution to broadcasting never stopped. Even when he taught for sometime at the Dominica Grammar School, or while he studied law at the UWI, or even after he became an attorney-at-law Mikey was always there to render service at DBS when he was needed.

Mikey's physical life may have been erased but his contribution to broadcasting in Dominica is indelible.