Minister of Health Dr. Kenneth Darroux: "You're looking at a very frustrated minister" 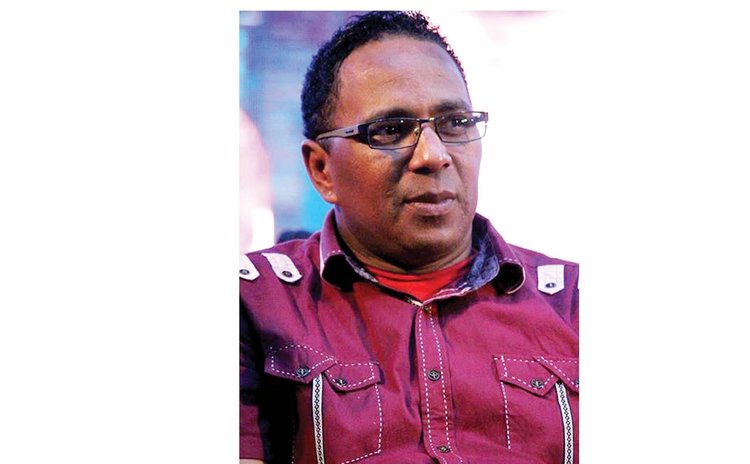 Injured by continuous negative publicity generated by protests from nurses and the general public and the non- rehiring of two local doctors who had reached retirement age, Minister of Health Dr. Kenneth Darroux and other leaders in his Ministry decided that attack was the best form of defence. Through a two-hour press conference Ministry of Health officials last week spoke on a number of contentious issues affecting the health sector.

On the issue of the non-hiring of Ear, Nose and Throat specialist Dr. Irving Pascal and eye specialist Dr. Hazel Shillingford-Rickets, Dr. Darroux said "the public was crocked into believing that these persons had been kicked out" and that some public statement on the issue had been "deceitful."

Dr. Darroux said Doctors Ricketts and Pascal had not officially retired and thus they could not be rehired because it was illegal to do so.

"Now that (they have retired) there would be no problem in rehiring them," Dr. Darroux said.

While Dr. Darroux and his senior staff were holding that press conference, the people of Marigot were protesting the excessive delay in starting the construction of the Marigot hospital. In fact, the protest prompted the arrest of popular calypsonian Arthur "Soul Puss" Pascal for what the police describe as "incitement", according to opposition leader Lennox Linton.

But at the press conference Dr. Darroux said that he understands the concerns of the people of Marigot and the surrounding areas that the hospital was expected to serve.

"You're looking at a very frustrated minister," Dr. Darroux said.

He said that a $5 million dollar grant from Mexico to build the Marigot hospital was taking too long to be delivered and "every other week a new paper is sent to us to sign" and that he has proposed saying "thanks for the offer and move on" but that would be clearly undiplomatic.

"I'm not sure how much longer we are going to wait," he said. "Cabinet is deeply contemplating a way forward."

On the issue of the nurses protest for better working conditions Dr. Darroux said he salutes nurses that have decided to stay to work in the health sector after Hurricane Maria. Recently nurses with placards protested on Independence Street near the National Cooperative Credit Union (NCCU) building as they sang: "To provide better care, we need to stay here, to make Dominica strong".

But Dr. Darroux said he believes that the protests were politically motivated.

"The nurses need to question the leadership of the Dominica Nurses Association," Dr. Darroux said.

He said the DNA recently sent 150 questions to the Ministry of Health, including the issue of higher salaries.

"I'm just a lowly Minister of Health; I wish I could give you a 200% increase. I would give myself a 200% increase," he said. "The issue of pay is outside the purview of the Ministry of Health."

In an attempt to put the issue of nurses in perspective, at the press conference an official of the Establishment Department said 270 nurse positions are allocated to the Ministry of Health and there are 41 vacancies. Fifty nurses have been added to the staff from March 2018, the official said.

On the issue of improved health facilities, Dr. Darroux said a number of complaints, such as the administration of health services, will be answered with the opening of the first phase of the Princess Margaret Hospital scheduled for at the end of May 2019.

"This is the perfect opportunity to introduce this new administrative structure that we have been talking about," he said adding that a board of directors and a chief executive officer will manage the health services rather than officials of the Ministry of Health.

Additional health services are expected to "come on stream" when the new hospital is operational, said acting Chief Medical Officer Dr. Dechausay who added that 17 doctors are returning from post graduate studies in accident and emergency care, ophthalmology, cardiology, ENT and others.

"There are plans to re-engage the gentle-lady (Dr. Hazel Shillingford-Ricketts) as I refer to her", Dr. Dechausay said.