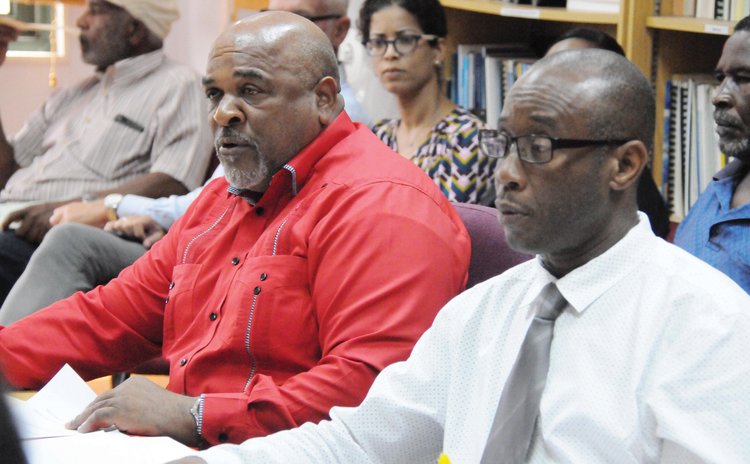 The Ministry of Blue and Green Economy, Agriculture and National Food Security, in April 2021, signed contracts valued at nearly EC$4 .5 million dollars with two regional companies (St. Lucia and Jamaica), for the procurement of agricultural tools, equipment, and supplies for distribution to crop farmers under the Emergency Agriculture Livelihoods and Climate Resilience Project (EALCRP), the World Bank Funded Project.

The tender which was an international tender, saw twenty-one suppliers indicating interest, and requesting bidding documents, but only five firms namely, Dominica, United Kingdom, Spain, Jamaica, and St. Lucia submitted bids for the procurement of the agricultural tools, equipment, and supplies within the bid submission deadline.

To date, the project has signed contracts for the procurement of inputs i.e fertilizers, agricultural tools and motorized equipment, vegetable seeds, and agrochemicals, totaling over EC$14 million dollars.

The Emergency Agriculture Livelihoods and Climate Resilience Project (EALCRP), the five -year, World Bank Funded Project, which has been under Implementation for three years has made significant progress. The project began delivering on its Sub Component A1- Restoration of Farmers Cropping System in March 2020, with its initial target being 3180 crop farmers.

To date, the project has received 3312 applications for crops; Approved 2909, and signed Beneficiary Agreements with 2695 farmers. The number of beneficiaries so far, who have collected agricultural inputs, agro-chemicals, tools, and equipment amounts to 2782 farmers.

Following the devastations of Hurricane Maria in September 2017, the Government of Dominica received financial support from the World Bank to the tune of US$25.0 million equivalent to EC$68 million dollars for the implementation of the "Emergency Agricultural Livelihoods and Climate Resilience Project (EALCRP), a five-year period intervention.

It is designed to help farmers and fisherfolk affected by Hurricane Maria restore their agriculture and fishing livelihoods and adopt climate-resilient practices.