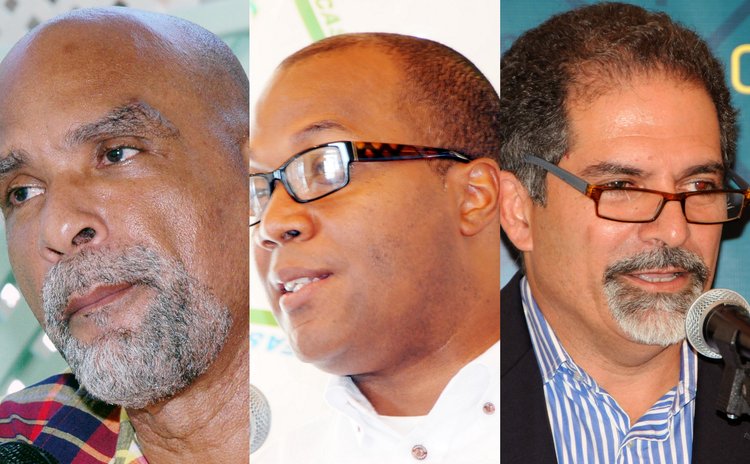 He's is from among them, somewhat. Now he is to lead them, sort of.

The people who move the wheels of the tourism industry here, the private sector, have a man with similar background leading the charge at the policy level, and they're pleased.

"The DHTA welcomes the appointment of Minister (Robert) Tonge," Gregor Nassief, the president of the Dominica Hotel & Tourism Association, told The Sun in response to a request for reaction to Tonge's appointment as the minister of tourism .

Tonge was snatched from the private sector by the prime minister, Roosevelt Skerrit, to take over the political leadership of tourism from Ian Douglas. Although he has not been directly involved in tourism, Tonge has established himself in the field of insurance here. He is also well-known in several other areas of business, including financial services, freight, a car park and a pizza outlet. He is "an entrepreneur focused on establishing profitable companies," he states on his Linkedin page.

"He is a successful private sector person who understands the issues and who, most importantly, wants to make a positive difference and to see tourism's contribution to the economy grow," Nassief said of the new minister.

Because of Tonge's success stories in the private sector, the DHTA boss anticipates a close working relationship between tourism's public and private sectors, telling The Sun that there's no other way.

"I believe there will be increased dialog and most critically a common vision between the DHTA, the Ministry of Tourism and other key stakeholders. Once we are all working towards the same goals much more can be accomplished," he said.

Dominica has walked the private sector path before. Ten years ago, a young Prime Minister Skerrit, fresh from securing his first mandate, roped in Yvor Nassief – the brother of Gregor Nassief, who runs the successful Secret Bay Hotel, described as "the first truly upscale property in Dominica" by the Hideaway Report – to lead the tourism ministry. Yvor Nassief's CV included executive director of the Fort Young Hotel.

But the experiment failed, argues to the hotelier, Athie Martin, who contends that Yvor Nassief, who quit after two years, "didn't have anything to show. Nothing."

In fact, he warns, it's a mistake to expect the new minister to be successful simply because of his private sector background, adding that there's more to tourism that running an insurance company or a pizza outlet.

"It's an error to conclude that private sector success in one area can successfully be transferred to another sector (particularly, tourism). You must have the proper training...in a cross- sectoral integrated approach. Whichever way you look at it, every single sector will have a direct impact on what you are able to offer as a tourism product. So in the policymaking position, you have to ask what experience this person has in policymaking, rather than managing a business," Martin told The Sun.

"I cannot see anything in Robbie that tells me he has what it takes to provide the policy leadership. If you're looking for evidence of innovative leadership, of bright aggressive management style, you couldn't find it with Yvor and you certainly won't find it in Robbie."

The hotelier takes a rather cynical view of the appointment, describing it as an attempt by the prime minister to "identify young, good-looking, bright-looking people to line up" for the 2019 general election.

"It tells me we still have not understood and even embrace what tourism means to the economy," Martin says of Tonge's appointment. "You cannot take by far the greatest contributor to the economy and put it in the hands of a green (minister) with no experience in policymaking or tourism."

Still, Martin believes that Tonge can prove him wrong by demonstrating in deeds at a very early stage that he is prepared to be "on the fast learning curve" and have what it takes to provide policy leadership in tourism.

"(He must) convene a cross-sector tourism policy commission that draws on the best from each major sector and group," Martin advises.

Because, he contends, coming from among them simply isn't enough.