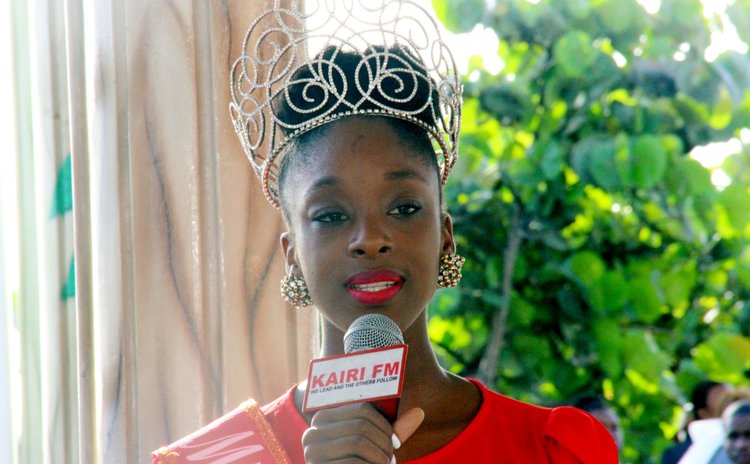 The event named "Walk a Mile in my Shoes" was held at the Dame Eugenia Charles Boulevard on June 17.

"You may ask why this event, why Prostate Cancer…in July I will be representing you at the Miss Jaycees International Queen Show in Antigua the whole country is on a drive to raise awareness on cancer," Miss Dominica said.

She stated that as a participant of the pageant she felt that this initiative is a step in the right direction to add her voice to this campaign.

Prostate cancer is the second leading cause in cancer deaths, said Floissac.

She added that her participation in this pageant will broaden her knowledge about cancer.

She also stated that the men have a responsibility to take care their health seriously.

Meanwhile, Diana Gittens, the President of the Dominica Cancer Society said that a younger age men's prostate is usually the size of a walnut. However, as the men get older the size of the prostate gland expands.

"Even though it gets larger it doesn't mean that it is affecting you negatively but after examination you may test the prostate and realize that the cause of the prostate getting larger that there is actually cancer there," said Gittens.

She said that during the early stages of prostate cancer an individual may not experience any symptoms.

Gittens noted that two major ways of checking for prostate cancer is by a Rectum Examination or by a Prostate Specific Antigen (PSA) test.

"It is advised that once you get to the age of 40 you start going to the doctor to have your prostate examination," said Gittens.