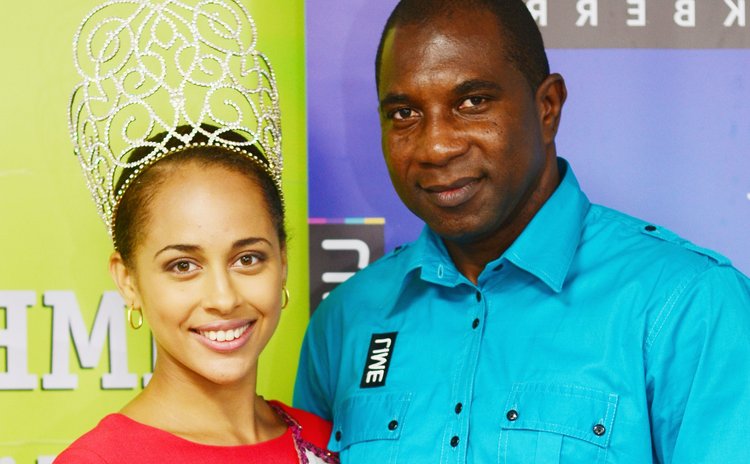 Roseau, Dominica – September 4, 2013 – Having the ability to communicate effectively overseas while in pursuit of her Miss World title aspirations, is of utmost importance to Miss Dominica Leslassa Armour-Shillingford. The nineteen year old Dominican beauty arrived in host country Indonesia last week for the 63rd edition of the annual beauty pageant to be held on September 28th, 2013 in Jakarta, Indonesia.

To be thousands of miles away for an extended period of time would require Leslassa to have the ability to communicate effectively with family and friends at home. Her chaperone and aunt, Carla Armour, does not join her until the final week of the competition making communication between the two even more critical to ensure continuity, and her effective and successful participation in the pageant.

A reliable local mobile telephone service and dependable roaming partner in Indonesia is also critical in helping her excel in various aspects of the pageant. Miss Dominica is expected to use her Blackberry Z10 donated by LIME, to populate social media with her various activities being undertaken in Indonesia. This is especially important as it relates to the Beauty with a purpose and media segment of the competition. The ability to roam allows fans of Leslassa to follow her progress via facebook and all other social media applications.

LIME, Dominica's leading telecommunications provider has the responsibility of ensuring that Dominica's representative has a dependable voice and data connection while roaming in Indonesia. Head of Marketing & Corporate Communications Kareem Guiste says LIME Dominica continues to commit fully to Miss Dominica in her quest to capture the Miss World crown. "And as part of this commitment we have pledged our support through our dependable international roaming services to her. As part of activities of the pageant Ms. Dominica has to keep frequent social media presence and therefore LIME Dominica has pledged full support to these activities. In addition we also pledged six thousand Eastern Caribbean Dollars ($6,000.00) to The Dream Foundation which was founded by Miss Dominica geared towards assisting the differently abled and less fortunate youth on the island."he said.

Leslassa has expressed her appreciation and gratitude via email to LIME indicating that, "This support will directly impact my results in the Miss Media Award".

Miss Dominica will compete among the other contestants over the month for a number of awards, including Beach Fashion, Top Model, Sports and Fitness, Beauty with a Purpose, Talent Competition and the World Fashion Designer Award.

Dominicans both locally and abroad have been rallying behind Miss Dominica and is hoping that she will make history and bring home the Miss World title.