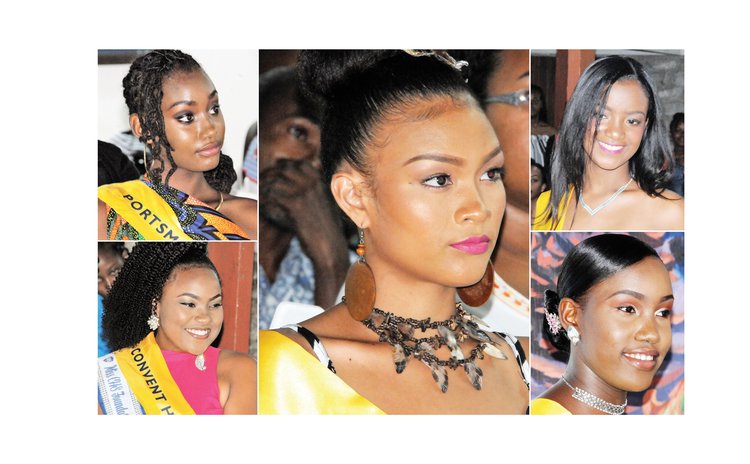 Demonstrating its own form of resilience, the Dominica Teen Pageant organization, the Waitukubuli Dance Theatre Company, held the opening ceremony for its 41st Teen Pageant last week at the Old Mill Cultural Centre.

Postponed because the widespread devastation of Hurricane Maria made a mess of the pre-carnival period when the Teen Pageant is usually held each year, the show in 2018 will feature five young ladies from various secondary schools.

As the sun set on a sultry Wednesday afternoon last week the contestants showed off their skills in pageantry before a small but loud group of supporters, friends and the press.

"Come witness the rise of the Sphinx," said Syan Davis, of the Goodwill Secondary School as she invited her audience to the show scheduled to be held from 5pm on 14 April 2018 at the Old Mill.

Davina Graneau, 15, said she "an industrious student" from the Castle Bruce Secondary School; Ellisa James, 17, of the Social Centre Adolescent Skills Training Programme flew her own kite by saying she was "responsible and caring"; Jorjanna Albert, 15, of the Convent High School sashayed: "Come see me as I whip up an … to tantalize your taste buds" and the fifth contestant, Nzinga Colaire, 16, from the Portsmouth Secondary School said effusively: "This Nubian goddess graces your presence to bring difference in a time of metamorphosis" and she added that Nzinga was a unique name "bestowed upon me."

Yes, that's the stuff of pageantry especially among teens.

But Raymond Lawrence, the Director of Waitukubuli said the Teen Pageant was "a celebration of youth and their dreams" and described the event as a showcase of talent and skills of young people.

"It's a wonderful opportunity for the youth of Dominica to shine," Lawrence said. "It helps the young girls develop their speaking, modelling and performing skills and it also helps them to develop their sense of self-confidence and self-esteem."

Lawrence added that many "graduates" from the Teen Pageant competition have gone on to perform and win the Miss Dominica title.

He concluded: "We should see this show not so much as a competition but as a celebration of the talent of our youth."