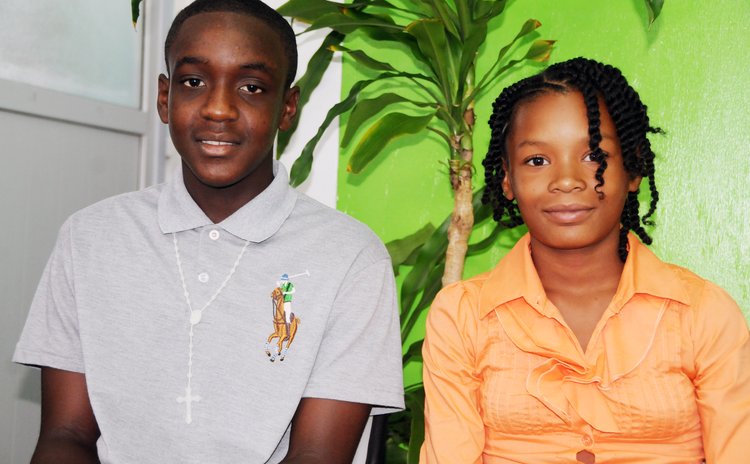 Sports and academics can "coexist" in the life of a student, Sports Coordinator Trevor Shillingford said as he witnessed the granting of the second Big Edge Billy Doctrove Sports Scholarship (BDSS) last week.

Jeanne Seraphin, a former student of the St. Martin's Primary School who begins the new school year at the Dominica Grammar School, was awarded the BDSS at the company's offices on Hillsborough Street. The BDSS is valued at EC$1000 annually; the Sports Division selects the nominee.

"I encourage you Jeanne as you continue blazing the netball trail," Shillingford said. "Please ensure that you burn the midnight oil preparing yourself for you academics".

He described Seraphin as a potentially great netball player who participated, as a member of the Dominica B Team, in the recently concluded Thirteen and Under Regional Netball Competition.

"We believe that sports is an integral part of a person's total development and we also believe that sports and academics can go hand-in-hand," Doctrove said. He said Tahj Tavernier, the first BDSS awardee is a living example of that belief; he excels at cricket and received straight A's at school last year.

Doctrove said he is happy that Big Edge has been able to assist sports in Dominica although the financial services company is only two years old. "We are very proud of our achievements in terms of our corporate responsibilities," Doctrove said. "I don't think there are any other organisations in Dominica within two years have supported the number of activities we have been involved in."

In addition to sports, this year Big Edge decided to continue an annual donation to the Children's Heart Fund (CHF) that Doctrove began more than a decade ago.

"Whenever I hear a child needs medical attention and cannot receive it due to financial difficulty facing the parents, I'm very touched," Doctrove said as he handed the EC$1000 donation to Jennifer Fadelle, a representative of the CHF.

Fadelle said 'the heart behind the Children's Heart Fund is Dr. Rhonda McIntyre."