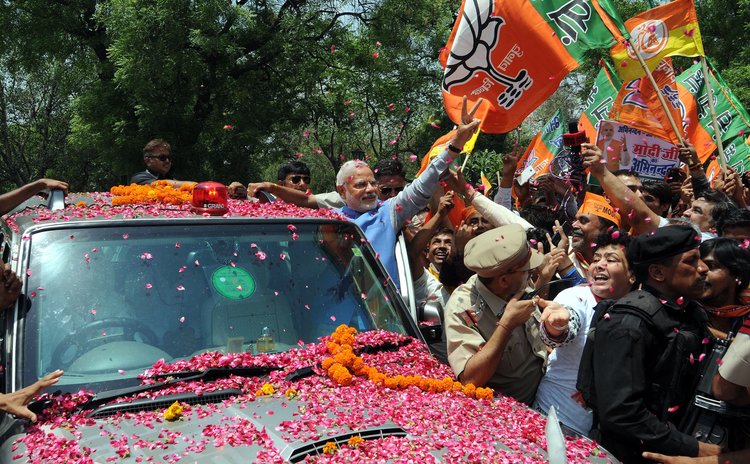 NEW DELHI, May 16 (Xinhua/Sun) -- India's next Prime Minister Narendra Modi on Friday congratulated Indians on bringing about a great change to the country by voting the main opposition Bharatiya Janata Party (BJP) into power.

"India has won! Good days are ahead," tweeted Modi in his first reaction to the poll results being published by the Election Commission.

The preliminary result showed the BJP won an absolute majority with 275 seats of the 543-seat Lok Sabha, or lower house of parliament. The BJP-led National Democratic Alliance (NDA) won 330 seats.

The ruling Congress party suffered a crashing defeat by winning fewer than 50 seats, while its allies won about 10 seats, according to the results being broadcast live on TV.

The BJP's landslide victory is widely welcomed by the Indian businesses, with the Bombay Stock Exchange benchmark index Sensex exceeding the historic 25,000 points.

The Federation of Indian Chambers of Commerce and Industry ( FICCI) also hailed the election results.

BJP supporters have already begun celebrations across the country and the party workers are distributing food and sweet in the streets of Delhi.