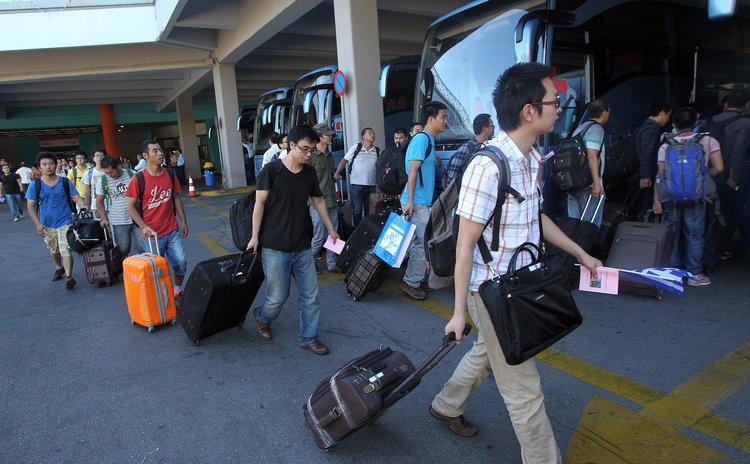 All in the group are employees of a company based in China's Henan Province, and they were transported by two buses and two minivans from their workplace, 130 km east of Libyan capital Tripoli, to the Ras Jadir border crossing in southeast Tunis, which was recently reopened by Tunisian authorities.

The 97 workers went through customs procedures smoothly as Tunisian authorities and Chinese diplomats have worked closely since July 31 to facilitate quick evacuation of Chinese nationals from Libya to Tunisia, according to Chinese diplomats who provided assistance at the scene.

It would be the last organized evacuation of Chinese nationals from Libya with assistance of Chinese diplomatic missions, according to the Chinese embassy in Libya.

To help the 300 or so Chinese nationals remaining in Libya to enter Tunisia on their own or in small groups, the embassy said it has set up an office in Djerba, about 100 km from the Tunisian border.

Since July 31, more than 600 Chinese citizens have passed the Ras Jadir border crossing from Libya with the assistance of the Chinese embassies in Libya and Tunisia.