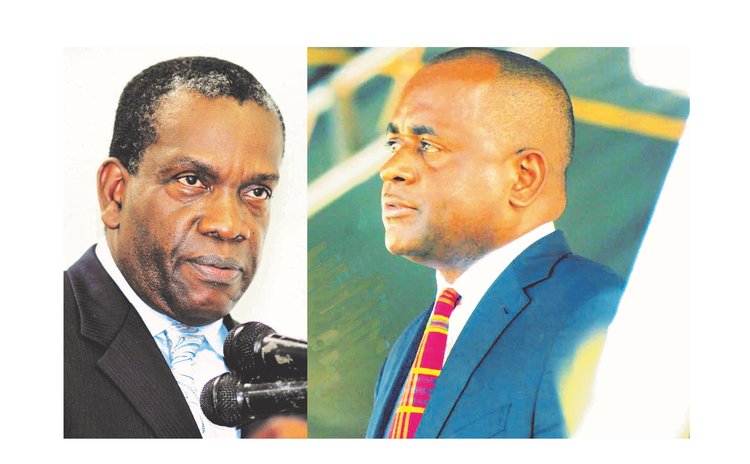 As the nation for the time ever is seeing some progress being made to the long-awaited international airport under the Roosevelt Skerrit-led administration, tensions are heating up between the present regime and the main opposition party.

At a recent public meeting held in Marigot, the message of the leader of the opposition United Workers Party (UWP) Lennox Linton was loud and clear, that enough is enough and he again called on the people of Dominica to stand up and take action against what he has labeled as classic money laundering.

The seemingly re-energized Leader of the Opposition brought to the forefront the latest issue surrounding the much-talked-about international airport which Prime Minister Roosevelt Skerrit recently announced that an agreement for construction will be signed between the Government of Dominica and Montreal Management Consultants Establishment (MMCE) is simply not right.

He further added: "But that is totally and absolutely unacceptable. Why? Because Anthony Haiden of Montreal Management Company has no money to front-load any international airport in Dominica. It is Dominica's money from the sales of Dominica's passport that Skerrit has given him control of."

According to Linton, if the money belonging to the people of Dominica is handed over to Haiden, this will be considered to be the proceeds of crime.

"You can argue that it is not theirs, they have stolen the money that belongs to us and now they will wash it by saying they loaned us money which we have to pay them back for the airport. The money is our money and we are not loaning it from anybody," he said.

As further disclosed by the Marigot MP, the Loans Act says that monies have to be borrowed from approved sources which include a bank, a friendly government, or a reputable financial institution, to which he says MMCE is none of those.

Therefore, he stated, alleged that the Prime Minister is not signing any contract or taking a loan from MMCE but instead is involved in trickery and deception.

"This is an important statement to Roosevelt Skerrit and his cabal that we are a nation of law, we are law-abiding people, we believe in the rule of law and we stand by that and this "no-law-no-constitution" principle that you have forced down on the people of Dominica, we the people will put an end to it because it has gone too far now. It has gone too far. Enough is enough," he said.

Dismissing the appeals made, the very next day, Skerrit announced on his weekly radio programme that the agreement with MMCE would be signed on June 09, 2021.

Thanking the firm for its willingness to underwrite the project, he sarcastically put out a challenge to the nation that anyone who can inform him of a country, an individual or a firm who is ready to do such, should contact him and discussion will be held with all parties.

Other than Linton, several individuals have voiced concerns and called on the government to refrain from signing any contractual agreement regarding the airport construction exclusively with MMCE and that the necessary assessment is carried out and mechanisms are put in place before any consideration of an alternative.