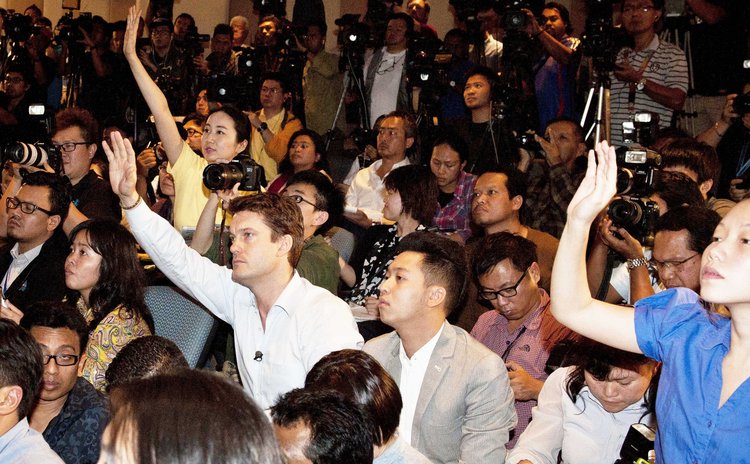 KUALA LUMPUR/PHU QUOC, March 12 (Xinhua/Sun) -- More countries have joined the massive hunt for a missing Malaysian plane, now that the search operation to locate the aircraft has been expanded to include two vast water areas as well as land after previous efforts failed to yield solid results, according to Malaysian authorities on Wednesday.

One of the latest to join the search mission, Japan decided Wednesday to send four planes of its Self-Defense Forces (SDF) to help search for Malaysia Airlines Flight MH370, which disappeared suddenly early Saturday en route to Beijing from Kuala Lumpur with 239 aboard, at a request for cooperation from the Malaysian government.

The Indian navy has also been participating in search and rescue operations for the aircraft at the Malacca Strait, and it is reportedly going to extend the search to the Andaman Sea area east of the Bay of Bengal and west of Malaysia at the request of Kuala Lumpur.

Hitherto, at least 12 nations have contributed forces to the successive hunt mission, which has entered the fifth day on Wednesday with involvement of 42 ships and 39 aircraft.

The search areas for the missing Boeing 777-200 have been expanded both in the South China Sea and in the Strait of Malacca, acting Transport Minister Hishammuddin Bin Tun Hussein told a press conference earlier in the day.

An unidentified object was plotted on military radar at 2:15 a. m. last Saturday in an area over the northern Malacca Strait, about 200 miles (320 km) northwest of Penang island, said Malaysian Air Force Chief Rodzali Daud.

That is hundreds of kilometers to the west of the plane's planned Kuala Lumpur-to-Beijing flight path.

"I am not saying it's flight MH370. We are still corroborating this. It was an unidentifiable plot," he said.

Earlier, the air force chief denied report that military radar had tracked MH370 flying over the Strait of Malacca, but did not rule out the possibility that the aircraft turned back before it vanished from radar screens.

"This resulted in the search and rescue operations being widened to the vicinity of the waters of Pulau Pinang (off the west coast of Malaysia)," he said in a statement.

China sent another military aircraft on Wednesday to help search for the missing plane, as the search range expanded to land areas too.

As of late afternoon on Wednesday, eight Chinese vessels, including three warships, have arrived and are conducted operations at the search sites, without finding debris or objects from the plane. More ships are expected to reach the waters.

The primary focus at this point is to speed up the search-and- rescue and investigation of the missing Malaysia Airlines jet, Guo Shaochun, the head of a Chinese joint working group in charge of the incident, said on Wednesday in Kuala Lumpur.

Vietnam's military said that it would also continue to conduct searching on land areas along two possible flight routes.

Deputy Commander of Vietnamese Navy Le Minh Thanh told reporters that the Vietnamese government was doing everything in their power to find any clue to the whereabouts of the missing flight.

"There has been no change in the search. Search parties continue to sweep the western shore off the Phu Quoc Island and the eastern areas off the Vietnam coast but no sign of debris or any other indication of the plane has been found," he said.

The search, which is now utilizing civilian shipping vessel as well, will continue in much the same pattern on Thursday, Thanh said.

Officials based on the Vietnamese island of Phu Quoc said on Wednesday morning they would suspend some search operations after reports of debris was sighted in the Strait of Malacca.

However, the Vietnamese central government was quick to assure that no such reduction of search operations would take place as it would be unfair to distraught families waiting for news of their loved ones.

According to Malaysia Airlines, among the 227 passengers on board the missing plane, there were 154 Chinese, 38 Malaysians, seven Indonesians, six Australians, five Indians, four French and three Americans.