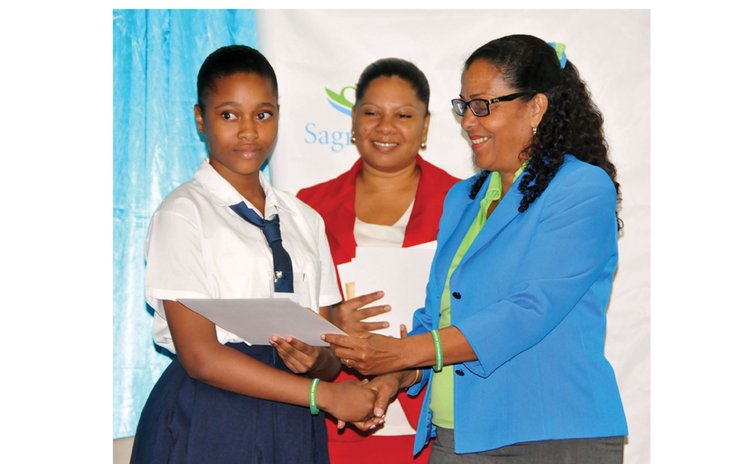 The school outperformed eight other schools with their presentation of the "Mosquito Buster" project.

Gislain Francois under the guidance of her teacher Vanessa Seraphin conceptualized the project.

Francois who was emotional after the results were revealed told reporters that she feels excited that she won although she was not confident during the competition.

"I decided to make a natural repellent instead of using other repellents they make with chemicals," she said.

Chief Judge Trudy Christian said that many of the projects were related to Tropical Storm Erika and the Zika virus.

"A few of the projects were related to Tropical Storm Erika and how they can improve some of the environmental conditions in the long run…also a lot of people are very aware of the threat of the Zika virus; we looked for innovative and creative ways in which to address Zika," Christian said.

She applauded the students for their efforts for taking note of the current events and making their presentations very relevant to the society in which they live.

Meanwhile, the Minister of Education Petter Saint Jean said that he was baffled by some of the projects by the students.

"Your displays…are truly symbolic of a path that you are on…this activity shows that Sagicor taken up its role in meeting the challenge of equipping our young people with the requisite knowledge and skill," said Saint Jean.

He added that the Visionary Challenge focused exclusively on the use of Science Technology Engineering and Mathematics (STEM) in the most useful and effective manner.

"The one tablet per child initiative has certainly enhanced teaching and learning in our classrooms and I am really happy this afternoon to see how the students have integrated the use of the tablets in their projects," he said.