As the Electoral Commission moves to purchase ID cards machines, it is unclear whether it's preparing to issue Voter ID or National ID cards. 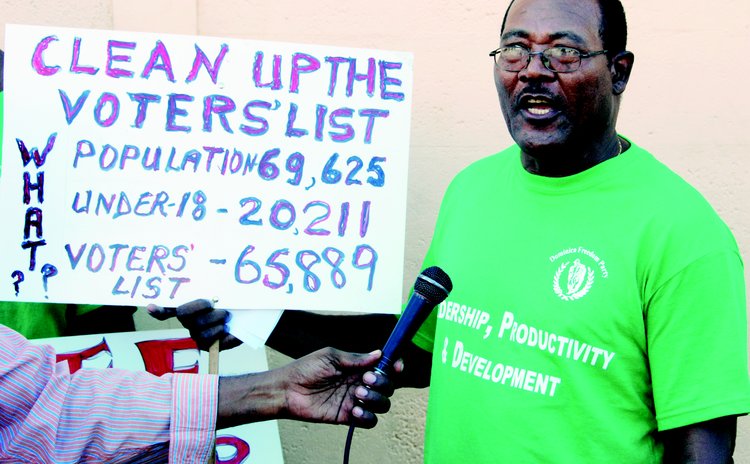 Dominica's Electoral Commission, headed by lawyer Gerald Burton, is in the process of finalizing plans for the purchase of machines to facilitate the process of issuing voter identification cards, the Sun has been told.

"All I can say is that things are moving now in the right direction and soon chairman Burton will speak to the press on the matter," a source close to the Electoral Commission told the Sun. "All that is now needed is for the approval of Cabinet and then the Electoral Commission should then be on its way with the voter ID purchase machine. That is long overdue and this matter needs to be cleared but it is hoped that Cabinet gives it the green light".

Burton himself was not prepared to provide details on the matter telling the SUN "wait and be patient". At the moment it is unclear whether the Commission is getting ready to issue Voter ID cards or National ID Cards although the sources said it was the former.

For many years, the opposition, including the United Workers Party (UWP) and the Dominica Freedom Party (DFP), has made several pronouncements and held a few public demonstrations for the issuance of voter ID cards. The parties have also called on the Roosevelt Skerrit Administration to make funds available to the Electoral Commission to clean the voter's list and provide ID cards.

UWP leader Edison James continues to articulate his party's position stating, "We need to sanitize the votes list; it is bloated and we also need Voter ID before the next general elections."

But Prime Minister Roosevelt Skerrit is on record opposing the issuance of voter ID cards and has opted for national ID cards instead.

"The Cabinet has been engaging the Electoral Commission through his Excellency the President (N.J. Liverpool) to clarify certain matters with respect to voter identification cards," Skerrit said in June 2011. "We have said very clearly and we are not pulling back on it on that position, that the government will not spend four million dollars on a voter ID card. The government is prepared to fetch the money, though we do not have it, but to introduce a national ID card which we believe can be used as a voter ID card".

Skerrit added: "We will have no problem with a national ID card which can be used for other purposes, but in respect of solely for voter ID cards we will not spend four million dollars on it".

But Opposition leader Hector John has counter-argued that: "The Chief Elections Officer, in a report after the election of 2009, and also the OAS observer mission, both recommended that we have voter ID cards, which will help to clean up the voters list. Voter ID cards will make the voters of this country independent; a national ID card, anyone can have."

The UWP said that they are determined to take appropriate action to influence Government to institute "electoral reform and voter ID" before the next general election.