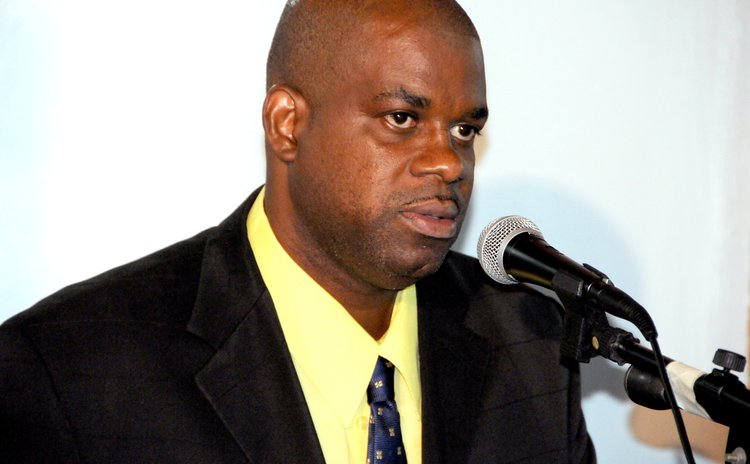 According to the Constitution, the executive authority of the State rests in the President who exercises that authority through the Cabinet. The cabinet, headed by the prime minister, forms the government.

The Standing Orders of the House of Assembly give effect to the provisions of the Constitution and laws governing the operation of Parliament.

The Honourable Speaker, currently Mr. Joseph Isaac, is responsible for the management and general administration of the House of Assembly. He is required to discharge his duties without FEAR or FAVOUR, AFFECTION, or ILL WILL.

Mr. Speaker is aware of all of the foregoing and that is why it has become necessary to speak with him at this stage. Parliament will be meeting shortly.

Mr. Speaker, Skerrit will NEVER forgive or forget any of the unflattering things you said about him particularly when you so rightly declared him to be a dictator. Do not waste your time trying to get into his good books.

As Speaker you must not only be fair and impartial, you must be SEEN to be so. The fact that you were first announced as Speaker at the Windsor Park at the swearing-in ceremony of the cabinet ministers instead of in the parliament, as provided for by the Constitution, spoke volumes.

Your constant presence at DLP party political events and your distribution of gift packages sponsored by the DLP, compromise your integrity and upset former supporters like Jarbone.

Mr. Speaker, please pay attention to your work in the House. Emancipate yourself from the grips of the 'Speaker Emeritus'. You have made many egregious errors and have subjected your office to ridicule.

You were out of place to have read the question from the Leader of the Opposition addressed to the PM. Note how Skerrit castigated you on this at the last sitting of parliament!

You were out of place to have prevented Mr. Linton from quoting from a law passed by parliament. Your claim that it would bring the office of the President into disrepute is ridiculous.

Mr. Speaker, one of the most effective tools available to the Opposition for holding the government accountable to Parliament and the people is through the asking of questions of ministers. Once a minister has been given the appropriate notice, the rules stipulate that the minister SHALL answer the question. Your statement at the last sitting that a minister is not obliged to answer a question properly asked of him is nothing but willful ignorance or conscientious stupidity.

The plethora of degrees claimed by you rule out stupidity. But it could be a demonstration of 'Envious Anger'.

Please direct the ministers to provide outstanding answers to the questions posed by the Marigot and Roseau North parliamentarians about the Trinidad persecutors of Lennox Linton and our CBI money being held by Anthony Haiden.

The "Budget" meeting comes up shortly. You will be in your element. Based on past performance Dominicans can expect to hear much about 'imputing improper motives'; 'what's the relevance'; 'member. member'! All admonitions will be directed at Lennox Linton and the opposition. Austrie, Blackmore, Denise, and others to your right will have free reign. They can do no wrong even when you, Speaker JI, are reminded that you 'coule a whole bakery'. Only they on the government side know the rules!

At the last meeting of parliament, Skerrit suggested to you and the House that those who left the House during the conduct of business should not be paid. Mr. Speaker, please keep an eye on those who are always ABSENT from the House when the Leader of the Opposition is presenting his reply to the budget. If history is repeated Mr. Skerrit will be absent.

Please also ensure that, in accordance with S 83(5) of the Constitution, you present to the House at its next meeting the report of the Director of Audit.

Mr. Speaker, please protect the members of the House by ensuring that Covid-19 protocols are observed. Keep an eye on the members for Vieille Case and Grand Fond. They may need guidance in these matters.

Remember also that President Savarin must compensate Grand Fond people for the loss of earnings during the Greta/McIntyre lockdown!