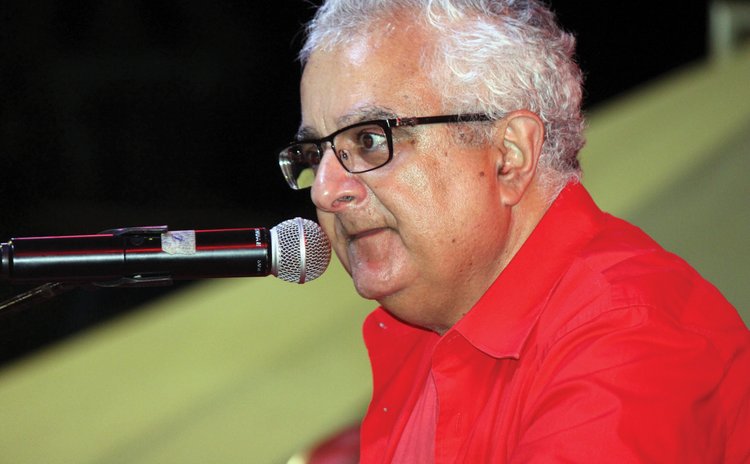 As controversy swirls around the Dominica Labour Party (DLP) Government's proposed amendments to the electoral laws, the party sees this as 'much ado about nothing'.

The ruling party insists that the recently proposing amendment was simply a timely and prudent move to augment the House of Assembly (Elections) Act in respect of bribery, treating, voters' registration and ID cards, as well as voting by overseas-based electors.

This rationale was articulated in detail by main DLP lawyer and spokesman Senior Counsel Anthony Astaphan in a public commentary titled: "The proposed electoral amendments in Dominica, misinformation and fighting over nothing".

He explained that the amendments will "clarify and codify" the bribery and treating laws, and facilitate confirmation of electors by reconstructing electoral lists "with persons who do not confirm or meet the requirements, are dead or overseas for more than five years immediately preceding confirmation, removed from the list".

Astaphan added that the amendments "provide for ID cards for the purposes of an election" and "the confirmation process . . . will lead to the due process removal of persons in the Diaspora who have been away from Dominica consistently for five years prior to their application for confirmation".

The Senior Counsel maintained that "no elector who is duly registered can be removed from the register without strict compliance with the statutory regime for hearings and due process"; therefore, cleansing of electoral lists must fulfill this law in cases of overseas-based electors whose names are on the lists.

In terms of bribery and treating, Astaphan argued that the amendments require "strict proof of a corrupt intention . . . an intention to corruptly induce a person to vote for a candidate whom he would not otherwise vote for". He stressed that, "a corrupt intent or motive to induce is the golden thread which transforms an otherwise legal act into the offence of bribery".

According to him, the amendments also clarify "for the avoidance of doubt" that transporting or facilitating transportation of electors to or within Dominica for the purpose of voting does not constitute an offence, unless it is done "with the intention to corruptly induce an elector to vote for a particular candidate or party for which the elector would not otherwise have voted".

The Senior Counsel also argued that the amendment goes further than existing law because it gives local courts jurisdiction to entertain bribery claims outside territorial boundaries, so "the High Court may, after the amendments, be able to ascertain an extra-territorial allegation . . . alleged to have occurred in the Diaspora . . . with the requisite intention. . ."

Moreover, he noted that the "inducement required under the proposed amendments is extended to include inducing a person to vote for a party as well as a candidate. Under the existing law, the inducements can only be in relation to a particular candidate; this will now be extended to include a party."

Astaphan also indicated that the amendments enhance the law by ensuring that treating does not extend to lawful expenses "incurred in good faith" by contestants in elections. "The inclusion of "in good faith" is important," he contended, "It does not include a payment in bad faith, which includes any possible corrupt intent."

Astaphan argued that the amendment upholds and amplifies the existing law. "Only payments made in good faith for "public entertainment" are excluded; that is, entertainment to which the public at large are invited even though the entertainment is sponsored or provided by a political party," he explained.

He also indicated that the Opposition's contention that the amendments give Government an unfair advantage stems from crass political opportunism. "The Act and amendments favour no one and no party," he asserted.

He pointed to previous elections when all political parties including the Opposition had sourced campaign funding externally, transported voters to and within Dominica, and used public entertainment for campaigns.

"More importantly, electors in the Diaspora have the right to vote. As a result, political parties have courted them for years, until now," Astaphan argued.

Summing up, Astaphan stated, "What we have here with these proposed amendments is a fight over nothing fueled by partisanship and misinformation."