Assistant Commissioner of Police Richmond Valentine files charge of murder against Superintendent of Police Matthew Cuffy for the murder, while in police custody, of Kerwin "Slobby" Prosper 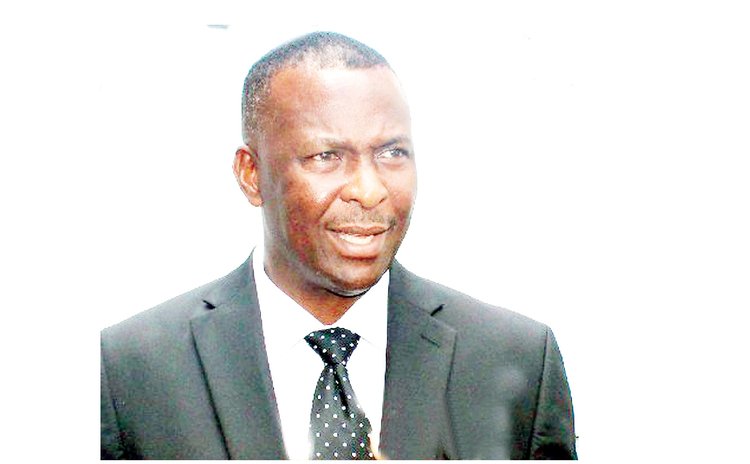 Five months following the death of Kerwin "Slobby" Prosper while in police custody, Superintendent of Police Matthew Cuffy has been charged for Prosper's "murder"

Members of Prosper's family say that they are hopeful that justice will prevail.

On July 22, 2021, Cuffy, one of several police officers under investigation for the death of Prosper, appeared before Magistrate Pearl Williams where the charge was read to him.

According to the indictment filed by Assistant Commissioner of Police, Richmond Valentine, on Monday, February 15, 2021, Cuffy of Riviere Cyrique did murder Prosper of Kingshill in Roseau.

Since the matter is indictable —expected to be heard at the High court before a Judge and jury— the senior police officer was not required to enter a plea.

Bail cannot be granted in the Magistrate Court for capital offenses hence Cuffy's attorneys Zeena Moore Dyer and Gina Dyer Munro made an application in the High Court the same day which was granted by consent as the prosecution did not object to the application.

Additionally, as part of his bail conditions, the senior officer must report to the Mahaut Police Station twice weekly, surrender all travel documents, and must seek permission from the court before traveling.

The prosecution's case is led by Trinidadian attorney, Keith Scotland, and local attorney Daina Matthew attached to the office of the Director of Public Prosecution (DPP).

The matter was adjourned to November 18, 2021, for a preliminary inquiry to determine if there is enough evidence for the matter to be tried in the High Court.

Meanwhile, since Cuffy's arrest and charge members of Prosper's family say they are optimistic that justice will prevail.

Speaking exclusively to the Sun, Devin Joseph, brother of the deceased stated, though he finds no joy in the arrest of the officer, he deemed his brother's death as untimely and unjust.

"As for the murder charge laid, it's not something I can rejoice about because another family knows what sorrow feels like. But at least their son is alive while my brother is dead. He was only 36 years of age, his whole life ahead of him. He was on the verge of changing his life," Joseph said.

He continued, "from the beat down my brother got leading up to his death, I believe he paid for all his sins and I would like all who my brother did wrong to forgive him so he can rest in peace."

Joseph said he will try to forgive those he considers responsible for his brother's murder "but it's hard when he [Cuffy] has shown no remorse in filing a judiciary review. That was a real abuse of process and advantage of the law."

He further stated the period in which the family waited for an arrest caused more "pain, grief and mental anguish" and thanked the public for their support.

Prior to the arrest of Superintendent Cuffy, Joseph and his brother Keyon Cuthbert George filed a lawsuit in the High Court seeking claims for Prosper's death.

The suit filed by attorney Joshua Francis from Joshua Francis Chambers on July 14, 2021, is against Cuffy, and two other officers namely, Corporal Bartholomew Nichols and Constable Daniel Ormond as well as Dominica's Attorney General.

In the statement of claim, the brothers state, prior to Prosper's arrest on Saturday, February 13, 2021, he appeared "healthy, strong, and vitalized."

However, they allege that the deceased was severely beaten by the officers who they say used "excessive force" to "brutalize" Prosper without just cause and justification.

"As a result of the beatings, the deceased suffered from severe chest pains, the deceased coughed blood, sneezed blood and urinated blood resulting from the unlawful and unjust beatings," the claim states.

They alleged, during the investigation, Prosper was brought to several locations to retrieve goods that he allegedly stole and appeared "weak and feeble resulting from excessive beating".

The Claimants maintain that they were only informed by police officers of the passing of their brother on Tuesday, February 16, 2021, at about 3:00 p.m., more than 16 hours after he was pronounced dead.

The brothers further state that they were informed that an autopsy was done on the body of their brother and have since requested a copy of the said autopsy report from the Commissioner of Police to no avail.