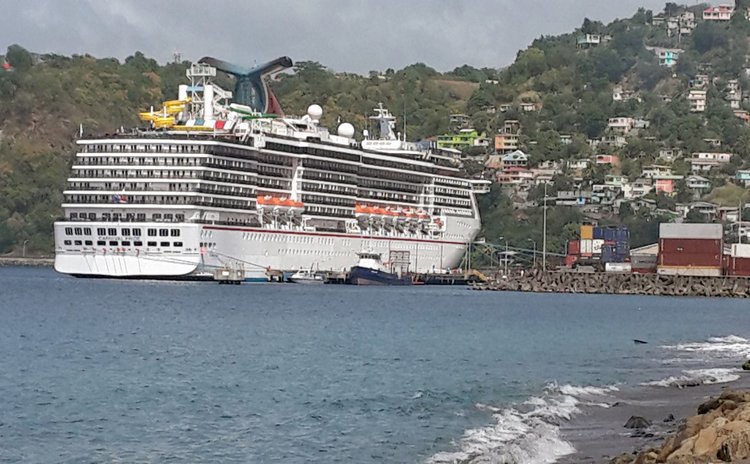 MV Carnival Pride of Carnival Cruise Line has made its inaugural call to Dominica.

It docked today Sunday, January 31, 2016 at the Woodbridge Bay Port.

With a gross tonnage of 88,500, MV Carnival Pride has a carrying capacity of 2124 passengers and 930 crew members. The ship is 963 feet in length. The Ship is scheduled to call in at Antigua prior to calling to Dominica. From Dominica the ship sails to St. Lucia.

To mark the Ship's inaugural call, a welcome ceremony including plaque exchange was scheduled to be held aboard the ship this morning.

Tourism officials say a total of 174 cruise calls are projected for the cruise season. This translates to approximately 290,000 passengers.