My Experience with Mikey Bruney 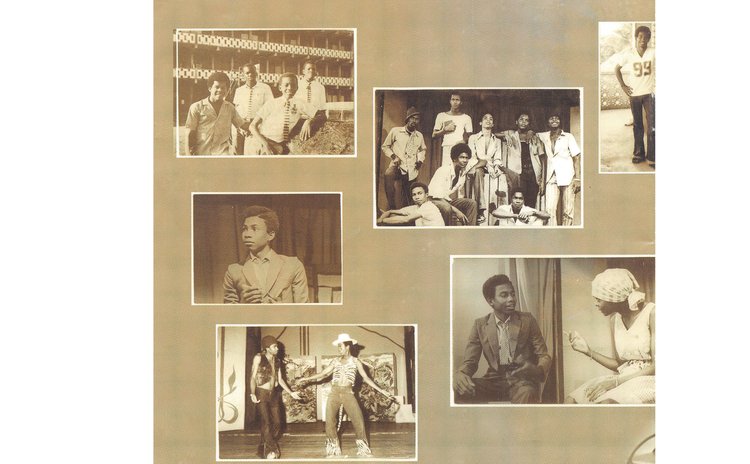 Mikey was the same age as my eldest brother, Fred. We all went to DGS at the same time, but Mikey was a few years ahead of me. I did not really become his friend until he had graduated from SIFOCOL (Sixth Form College), done a stint at DBS Radio, and returned to DGS as a teacher, more specifically as the Teacher-in-Charge of the DGS Drama Club. By then I had graduated from DGS and was a student at SIFOCOL. I had won the DGS Calypso Crown two years running (1975 and 1976). Duncan Stowe (De Chalker) won the SMA crown in 1976 For the 1976 National Day celebrations, Mikey and the Drama Club organized the first-ever Secondary Schools' Calypso King Competition. Everyone saw it as a competition between Shakey and Chalker. Tensions were high. Cross words were spoken. Tempers flared. Shakey won his third crown.

That December the People's Action Theatre was staging PiO-Pio in St. Joseph. The afternoon of the show, Mikey, Alwin Bully and instar LeBlanc came to my father's house to get the keys to the hall where the play would be staged. I was there practicing some of my new songs along with my cousin, Joey Lloyd (currently known as The Explosion, but then known as the Mighty Lip-Lip). Mikey and company overheard some of my songs and were impressed. They asked my uncle (the late Edward Alexander of Colihaut/San Sauveur who raised me to be who and what T am) whether the Drama Club could sponsor me in the 1977 Senior Calypso King Competition. My uncle agreed but asked them to speak to my parents. My parents agreed.

The next morning, Mikey launched an aggressive campaign to make a champion out of a shy 16-year-old boy le got T-shirts printed, published a King Shakey Magazine, circulated King Shakey flyers, got me to change the way I dressed, recruited Alwin Bully to help me work on my diction and breathing while performing, and sent me to Dominican musical giants like Dennis Joseph (former manager, The Gaylords), Tim Durand (guitarist, Naked Feet), Stompy (Trombonist, Swinging Stars), Jeff Joseph (my cousin, lead vocalist, Gramacks International), to get tips on being a professional performer e and Alwin came up with a set of rules for me: to avoid scandals, have no girlfriends, and no loose living; avoid alcohol, tobacco, weed, and all other drugs; concentrate on school work and music school; sleep with a tape recorder next to your bed SO you can record any melodies that come to you at night; if you want to be King, dress like a King, behave like a King. I followed the rules. Their efforts paid off. On competition night, I placed second to Solo, defeated by a point-and-a-quarter although I won on four out of five scorecards. I also won the Road march title with "Debas Pour Debas.

"Debas Pour Debas" has a history. Understand that I was a 16-year-old kid. My songs were kiddie songs of the songS I had to choose from (I wrote about 10 songs each year), I had two upbeat songs, one called "This Year," the other called "Dominica Carnival." I played them for my friends in Marigot Eipgh Pascal and the rest of the Pascal and they said to combine the two songs. Mikey and Stompy said the same thing, SO I did. And I wrote new lyrics for this new, longer song But they were still kiddie lyrics. After the quarter finals, Mikey told me that he just didn't like those kiddie lyrics. The day before the semi- finals, he handed me a new set of lyrics with the name of the song changed to "Dehas Pour Debas." The following night, I went on stage and sang "Debas Pour Debas." I guess a 16-year-old brain can learn quickly.

At the end of the season, after the prize money was handed out, I had received more money than Solo. E took the funds home to my mother. She told me to take it to Mikey because he had done all this hard work with me. So, I went to DGS and found Mikey and asked to see him, Alwin and Einstar. They wondered what was wrong. I told them nothing. I gave them the money. Mikey asked why was I giving them money. I said because they had worked SO hard with me I'll never forget his answer:"Shakey, I'm not doing this for money. I'm doing this for the fun of it." They told me to take the money to my parents. But my parents did not want any of it. So I went to Barclays Bank and opened an account. And now Barclays is First Caribbean, I have an account at First Caribbean, and I still do business with Barclays Bank up here. First Caribbean and Barclays should both build a monument to Mikey Bruney.

Our first season together was SO good, that Mikey continued to manage me as a calypsonian and songwriter. None of my songs were complete unless and until Mikey had reviewed it and made recommendations for changes. I have always accepted his recommendations. His mind is sharp okay I mean was. He always had a sense of "what the people wanted" and what would work in a song and what would not. Sometimes I'd be bent on writing about a particular topic, and Mikey would just be opposed. He would say it was a foolish idea. And we would argue about it until I saw his point. Sometimes he would say, "Well, it IS you singing, but when you get booed off the stage, that's your business." At that point, I'd yield. The man was a genius. For someone who never went to music school, never wrote poetry, he was a very good lyricist.

And then, he never took credit for his work. The first time I recorded "Debas Pour Debas" (Semp Studios, Trinidad and Tobago, 1979), he refused to let me acknowledge him as the lyricist. When re-recorded it on the Metamorphosis CD in 2007, I did not ask his permission; I simply put his name. He was not at all pleased.

And did I mention that he never accepted any money for his management services? And neither did he accept any money for any legal work he did for me in Dominica. As a result, I run King Shakey Promotions as a non-profit entity and give all my earnings and royalties therefrom to charity.

I hope someday Mikey will be inducted into the Dominica Calypso Music Hall of Fame. I am in the Hall of Fame. But I'll tell you truly that without Mikey Bruney, there would never have been a King Shakey.

In closing, I'll say that guess I've failed Mikey in one way. He often asked me when would I come back home. He often said, "Shakey, you'd be a d-n good magistrate." I promised him that I'd come back after my children got out of college But I told him SO thinking that he' be alive and life would be like it was back then. But now he's gone.

Rest in Peace, my friend, my m