(For Kathleen, Jessica, Síle and Cíarán) 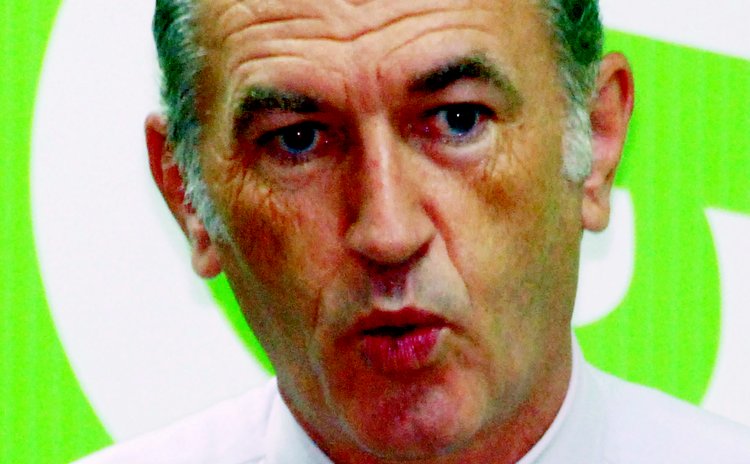 When I heard the news of Kieron's passing I was stunned and deeply saddened. I truly cherished, often craved, his company and conversation. Kieron is what you call a beautiful mind. In his case, it was the intersection of financial wizardly, legal brilliance and methodical humor, occasioned by a good dose of political incorrectness. My son Gaston only met him once or twice, but remembered his smile and his wit, and was distraught at the news.

My wife Sandra shared only one lunch with Kieron and so enjoyed his wit and wisdom that later the same day she asked, "When are we going to have lunch with him again?" She cried at the news. And they barely knew him.

When one interacted with Kieron, you got the sense that he had been contemplating for centuries whatever it was you were discussing with him. And more often than not, it would begin as a very specific topic – like corporate tax rates – and mushroom into a discussion about the merits of a flat tax regime and how it would restore integrity to the global economy. I never broached a subject with him that he had not given considerable thought to and held a strong opinion on, at times unexpected and often humorous.

"Kieron, don't you think our politicians should have term limits?" To which he replied, "No, not in the Caribbean. Good leaders are hard to find here, so when they get to power, let them stay a while."

And he was dead serious, but his eyes were wide and smiling, because he knew he had thought about this a bit more and a bit deeper than you had, and that, at the very least, he gave you something else to think about. That was Kieron, an intellectual that earned his intelligence and opinions the old fashioned way – by thinking deeply about things – and a humorist that reveled in the lighter side. Deliberating and articulating is tough business, so we may as well enjoy it.

But there was also a certain discomfort, like the way he never fully settled into his chair, always gesturing, or the brief silences that spoke volumes. My sense was that he carried the burden of someone who felt somewhat misunderstood, if not betrayed, by society. His integrity and reputation stained by a serial and hateful speculator, his disappointment with a private sector and civil society that did not more forcefully come to his defense. So he did it all on his own, he fought the hatred and negativity all the way to the highest court, and won. He never gloated, never boasted, went back to the ordinary days of an extraordinary life. My last sighting of the man I admired was walking his granddaughter to school in Goodwill. A tall lanky figure, of good age, walking and holding the hand of a young girl coming of age. I drove by with a smile and pondered whether the great debate playing out in his mind had paused for a minute to enjoy the beautiful moments of simply being Granpa.

Kieron would not want us to be sad. He would want us to remember the time he made us laugh the most. For Sandra and I, it was that lunch when we asked him what he did to keep in such great shape.

"I crawl. That's my exercise."

"Crawl?" We were a bit perplexed.

"Yes, it's the new fitness craze and its really great. I even got pads for my hands and knees.