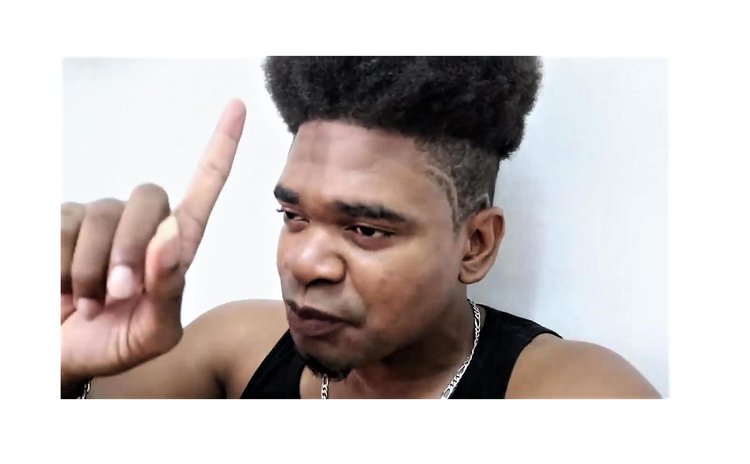 An investigation by the police for espionage may have landed them in hot water as one individual who was arrested in connection to the matter is now seeking redress from the court.

Through the Chamber of Joshua Francis, popular vlogger Lynworth "Mystelics" Mitchel filed a lawsuit on July 9, 2021, seeking damages for false imprisonment, wrongful arrest, and a constitutional breach by certain members of the Commonwealth of Dominica Police Force (CDPF).

In his statement of claim, Mitchel alleges that on Thursday, March 3, 2021, at about 4:30 p.m. he along with Jawanza Stuart went to Morne Daniel with his camera drone to record an aerial shot of a house that was the subject of sale as part of a real estate venture.

Mitchel claims that after doing several shots from different angles the battery of the drone began draining excessively and, therefore, he guided it onto the side of a minor road in Morne Daniel. He then drove to the spot where it landed and noticed a Chinese national picking up the drone and beckoning Mitchel that he had the drone.

Mitchel states he was approaching the Chinese national to retrieve his drone when he observed another person (who he later identified as a police officer) driving a white van took the drone from Chinese and ran into a yard.

According to the claim, Mitchel was "gravely distressed." He then went to the front of the yard in which he saw the officer in plain clothes enter and demanded the return of his camera-drone when another officer in military fatigues came towards Mitchel and inquired what had happened.

Whilst Mitchel was explaining about his drone, Stuart came towards him and greeted the militarily dressed officer as 'Moses' and explained to him their purpose for being in Morne Daniel and why the drone was on the road.

The claim states that Mitchel went to his vehicle to contact Francis, his attorney to inform him of the situation and to render assistance if necessary.

He alleges that whilst in his vehicle he was unable to locate his cellular telephone nor the camera drone and as a result continued his demands for the return of his equipment.

Mitchel further claims that at about 6:00 p.m., other senior officers of the CDPF arrived on the scene and he along with Stuart were invited to the Roseau Police Station to be questioned.

The claimant says he inquired whether they were under arrest and they were assured that they were not.

Upon arrival, he stated, they were invited to sit on benches and left unattended for about 15 minutes outside of the Criminal Investigative Department (CID) office. When he attempted to leave he was then informed that he was under arrest and thereafter taken into the CID office where they sat for several hours until an officer arrived and spoke to them.

Mitchel says, the Officer attempted to interview him but he indicated that he was tired and the interview was suspended. By this time, it was about 1:00 a.m, and Mitchel and Stuart were told that they were arrested on suspicion of espionage and had to be kept in police custody overnight.

Thereafter, Mitchel states, he was patted and frisked repeatedly before being placed in the cells. He asserts that his chest, back, legs and groin pained while the officer searched him.

The suit says that whilst in the cell Mitchel was "gravely distressed" and could hardly breathe as the area reeked of urine and feces and he was forced to sleep on the "dirty, sticky and cold" concrete floor of the cell.

The following day at about 11:00 a.m. Mitchel alleges that he was taken out of the cells, handcuffed, and led to an office in the CID for questioning. While being questioned Mitchel said that he advised the interviewing officer to look at the footage of the camera drone in order to see what they were doing at Morne Daniel.

He says he was then transported by the police to his residence in Picard, Portsmouth where his home was searched but nothing was seized.

On day number 3 –On March 5– Mitchel claims, he was brought to Morne Daniel and subsequently brought back to the Roseau Police Station, later taken to CID where he was shown his equipment and released one hour later. He was not charged.

In the suit, Mitchel insists that because of the actions of the police officers, he was wrongfully arrested without reasonable and probable cause, falsely imprisoned and unlawfully detained, and has suffered a loss.

Mitchel said he was not spying nor attempting to obtain government or political or military information by the use of his camera-drone in the Morne Daniel area as alleged.

Mitchel says as a result of the incident he has suffered a severe psychiatric reaction which has led to post-traumatic stress disorder.

He claims that he has since written to the Commissioner of Police seeking the return of his equipment but all to no avail.

In the suit, he is seeking special damages which include, a bill from Attorney-at-Law Joshua Francis for services rendered while in custody to the tune of $1500 and loss of earnings following the detention of his drone from March 4 to July 6, 2021, in the sum of $5000.

He is also asking the court to grant claims for damages, including aggravated and exemplary damages for wrongful arrest, false imprisonment, and damages for confiscating and conversion of his cellular telephones, camera-drone, and remote, costs, interest, and further or other relief as the Court deems fit.