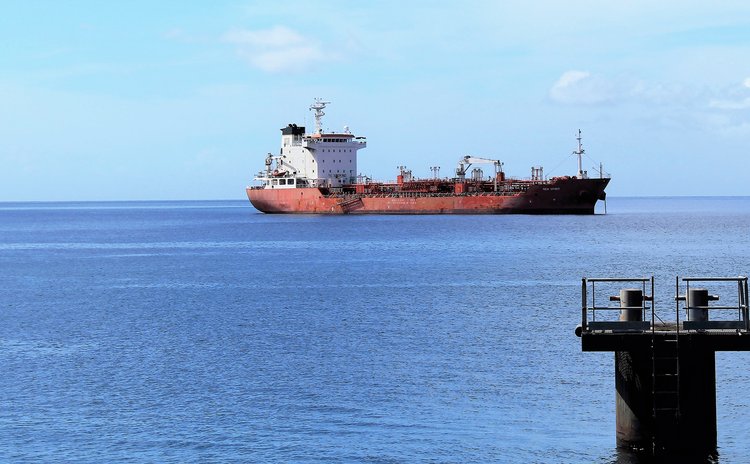 Since November 2017, the red and white boat, apparently carrying petroleum products from Venezuela, has been docked in waters off Roseau. It has not left nor has it unloaded.

"I am hearing that they are waiting to be paid before they off load. I heard that the fuel belongs to Petro Caribe and that the workers are now demanding their wages before they work," a source told THE SUN.

Calls seeking information on the vessel to Chief Executive Officer (CEO) of the Dominica Air & Seaport Authority (DASPA), Benoit Bardouille have gone unanswered and have not been returned.

"It's all hush, hush…questions are being asked but no one is speaking," said another source linked to the Customs Department who requested anonymity to speak on the situation.

But an official of Petro Caribe who spoke to The SUN on condition of anonymity said: "People are asking questions about the vessel but it does not affect them or even us. The day the vessel came on island, we had a vessel the day before delivering fuel for us (42 barrels of fuel). I don't know why they have decided to stay in Dominica waters.

The source continued: "Again it has nothing to do with Dominica and the public needs to know that we have fuel and we get our fuel independent of that. This is only one of many vessels…it's a private matter between the vessel owner and PDVSA and we in Dominica cannot get involved in that.

"PDVSA have many contracted vessels and they are just one of them. The problem has nothing to do with us directly. They use this vessel to transport fuel across the Caribbean. This vessel was in Antigua before it sailed to Dominica with fuel."

Petróleos de Venezuela, S.A. (PDVSA) is Venezuela's state-owned oil and natural gas company. It has activities in exploration, production, refining and exporting oil, as well as exploration and production of natural gas.

(Note: The vessel has left Dominica since this article was published in the hard copy of THE SUN)