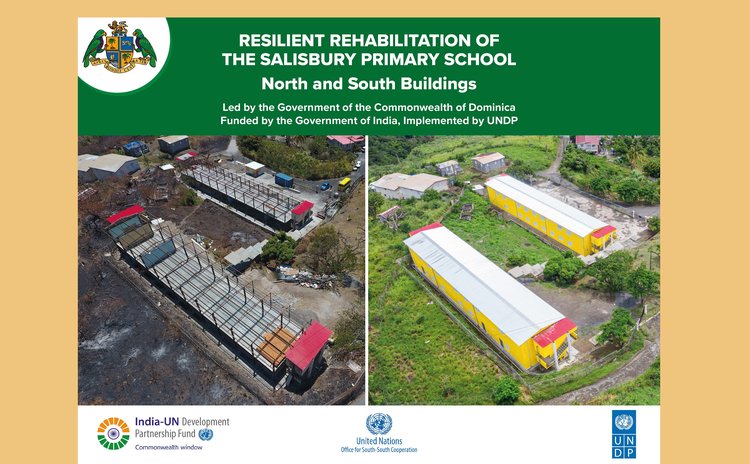 Salisbury School Before and After

I want to add my voice to give thanks to the Governments of India, Canada, Cuba and Dominica and the partners UNDP and Engineers Without Borders(EWB) and all those who made the refurbishing of the Salisbury Government School possible.

I want to make mention of some of those who worked tirelessly behind the scenes and wouldn't be recognized in the kudos.

Miss Avis Talbot, Jane of all works at UNDP's Roseau office, who coordinated and made sure that things did go. Miss Tumpe Trotter, of Ministry of Education, who helped nurse the project in its infancy.

Sr. Roberto Zamora, who was the Engineer of the Cuban construction crew and Mr. James "Jim" Curren, Engineers Without Borders, who gave his all to have this structure Climate Resistant.

On another note, The Honourable Hector John proposed a name change and I think that he should be taken seriously. However, I would like to make an additional suggestion to the great ones that he made.

Wolsey P. Louis, who is one who would feature most prominently as an academic. He attended and taught at the Saint Mary's Academy and studied at Iona College in New York and served the Government of Dominica as a Permanent Secretary. It was even suggested that he should have been made Dominica's Foreign Affairs Ambassador.

He was instrumental in the formation and running of Salisbury's " Livewire" which was dedicated to the improvement of the village.

He should definitely be considered.