Names of British kings in the names of streets of Roseau 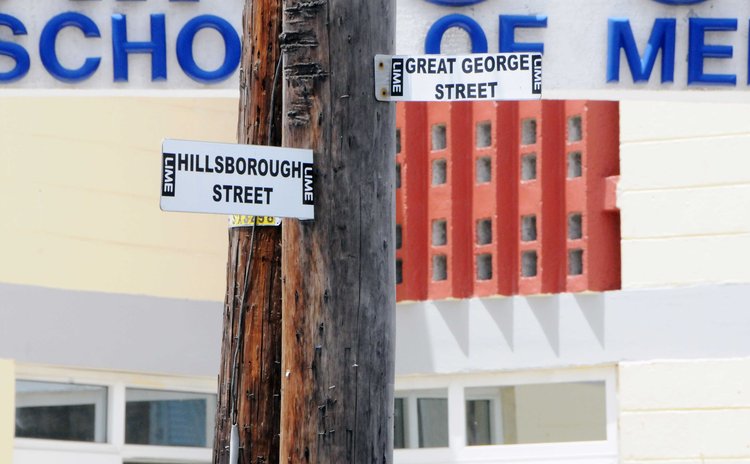 Many residents of Roseau live on streets that are named after British queens and kings who ruled Great Britannia centuries ago. Few Dominicans know who they were. Asked who is or was Mr. Marlborough, for example, residents of Great Marlborough Street who have lived there for many decades would say they don't know and don't care, just make sure the streets are clean.

But does the name of a street matter in modern Dominica? Should we name the streets in our city after great Dominicans such as E.C. Loblack, Bala, Signoret, Rawle, Douglas, Baron? Or are we so proud of our

British heritage that we would want to keep the names long after our so-called emancipation and political independence? What would be the cost and benefits of renaming the streets of Roseau?

These are some the questions the Sun wanted to ask the current and past leaders of the City of Roseau. Mayor Noreen John could not be reached but Cecil Joseph, who wore the mayor's chain for 20 years said during his "reign" an attempt to make changes to the names of the streets of Roseau died because the people of Roseau were not interested.

"I am a very nationalistic and I think that anything we can do to rename anything after our Dominican heroes who have contributed to Dominica's development, I am with it and for it," he said.

He revealed that when he was the Mayor of Roseau and Pierre Charles was the Prime Minister of Dominica, the Roseau City Council made recommendations to government. Joseph said the government responded by saying that the initiative "was great" but that the Council should get the residents of Roseau involved.

"We did meet with the people, my only disappointment is that many people didn't turn out and by virtue of that we had to respond to the Government and to tell them that the recommendation which we made we elect to have it discontinued because the participation of the people wasn't the best and so that is where it stayed," Joseph said. "I felt that Cork Street we could name it after President Signoret because he resided there and also… even presently, we have people like Raymond Lawrence who has contributed greatly in terms of culture and there's nothing wrong in naming Hillsborough Street after Raymond Lawrence who currently resides there.

"I remember in my last six months as mayor and it became a very controversial one when I said we should at least name the Bay Front after Bala, the great slave (revolt) leader," said Joseph.

In addition to the Bay Front, over the past few years some of the streets in Roseau were re-named. Example: Queen Mary Street was renamed Independence Street and the street leading up from the Bayfront to Government Headquarters was changed from New Street to Kennedy Avenue, named after the United States President John F. Kennedy. So there have been changes from the names that originated with colonial Britain.

"The streets were named over a long period of time at various times from when the British surveyed Roseau as the capital of Dominica in 1768", said historian Dr. Lennox Honychurch.

"Some of the streets were named by the British military surveyors in 1768 and have reference to the king and his family at the time such as Great George and Hanover Street.

"Others were named because of the parts of town where they were located such as Church Street, Castle Street, Market Street starting by the Old Market, which was renamed King George V Street in 1935 to commemorate the celebration of the jubilee of the king, High Street, because it was the street on which the government offices were located," said Dr. Honychurch.

He added that not all the streets were named after kings and queens such as Great George, Hanover, King George V Street; there's also Great Marlborough, hero of the Battle of Blenheim and Hillsborough Street after Lord Hillsborough, President of the Board of Trade in the 18th Century.

"Two streets and one bridge are named after Dominicans in central Roseau, Dame Eugenia Charles Boulevard and Boyd's Avenue, the latter named after the first chairman of the Roseau Town Board who extended housing into what were then Bath Estate lands," Dr. Honychurch said.

Maybe Government and the managers of the City of Roseau should consider renaming the streets of Roseau during the proposed rehabilitation project which received much attention just before the general election of 2014.

That would be one more tiny, though significant, step towards real emancipation and independence.