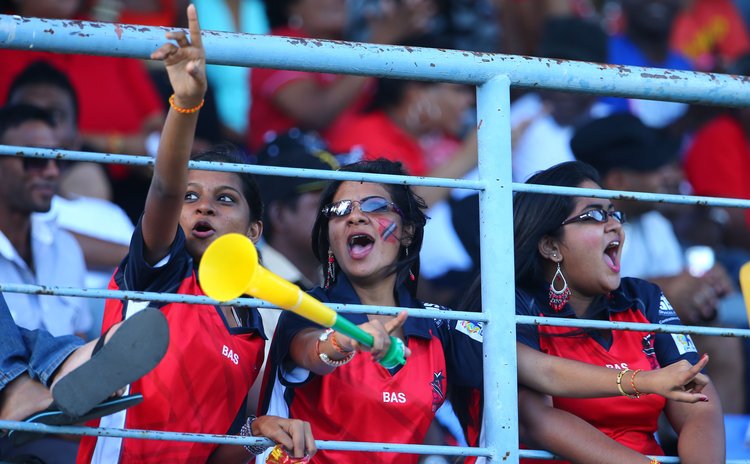 Narine collected 6-9 from eight overs, as the Jaguars, chasing 201 for victory under the lights on an easy-paced Queen's Park Oval pitch, crumbled for 65 in 23.5 overs before a crowd of more than 5,000 mostly Red Force supporters.

Trevon Griffith scored 31 and was the only Jaguars batsman to reach double figures, as the visitors lost their last nine wickets for 29 runs in the space of 102 balls to hand the Red Force their 11th regional One-day title and their first in five years, erasing the memory of last year's loss to arch-rivals Barbados Pride.

Mohammed helped complete the demolition, when he brought the curtain down on a memorable day, taking 2-3 from 1.5 overs with his part-time off-spin to earn a share of the Man-of-the-Match award with Narine, and West Indies all-rounder Dwayne Bravo supported with 2-29 from seven overs.

Earlier, the diminutive Mohammed shook away his patchy form and propped up the Red Force's innings with an undefeated 117 from 132 balls that propelled the host team to a respectable, even 200 for eight from their allocation of 50 overs, after they were sent in to bat.

Mohammed, later awarded the prizes for the Most Runs and Best Allrounder in the tournament, struck 11 fours and six sixes, sharing a vital, unbroken ninth-wicket stand of 52 with his captain Rayad Emrit.