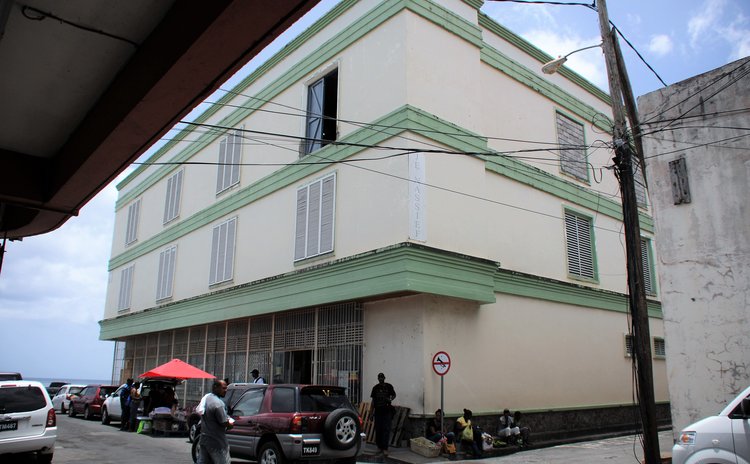 Over the past several decades J.E. Nassief has survived some of the worst man-made and natural catastrophes ever to strike Dominica. Hurricane Inez in September, 1966? Tick. The May 1979 uprising? Sure. Hurricane David on 29 August, 1979? Of course. It even survived a major fire in 1995, bouncing back even stronger and offering even greater options.

However, it would seem Dominica's favourite variety store is unable to survive the looting that followed last September's Hurricane Maria. So come Friday, 17 August, J.E. Nassief will officially close forever after well over 50 years.

The managing director, Joseph E. Nassief, would not say what went into the decision to shut down after what he felt was a "thousand years", except to reveal that the building would go to his son, Karl, who will open a branch of his discount supermarket chain, Save-A-Lot, there.

However, with shoulders sinking, and regret palpably, Nassief said enough to conclude that it had become impossible for the business to recover from the widespread looting.

"I came down, saw people looting my business and saw the police there and asked them to prevent the looting and they said they had no control," he told The Sun. "I offered to pay them to protect my business, but that did not help."

The business employs about 40 people, including Reginald Astaphan, who has been there since 1963, beginning as a part-timer after school and working his way to manager.

Nearly a year after the thieves descended on the store in droves to help themselves immediately after Hurricane Maria, Astaphan remains bitter over the fact that people would do that to his place of employment.

"They didn't feel it when they were looting, so now that we are closing down they should not worry," he told The Sun. "I have no sympathy for them."

For the staff, J.E. Nassief was not simply a place of work, it was a way of life, a place to appreciate. Like the dedicated customers, who affectionately call the store, "China Town", they have developed a special bond for the shopping centre on which many have come to depend for virtually everything, from back-to-school supplies to household goods, paints, locks, alcohol and the like.

This was evident in the passion with which one employee who was made redundant last week after working for 20 years there, spoke about the company.

She, like those who wonder where they will turn now that the closure is official, is willing to shed a tear for J.E. Nassief.

"It was really a good place to work. The staff was together and united. When I got employed I said I will spend five years . . . I never thought I would have lasted for all those years," the severed employee, who asked not to be named, said.

"You could get anything at Nassief, except chicken parts. It's a real blow to the Dominican public . . . Imagine, a lady came to Nassief upon hearing the news of the closure and with tears almost in her eyes she asked where will she go and get all the things she used to get at J. E. Nassief. It was sad and heartbreaking when she said that. I felt like crying then."

Businessman Paul Green, who has had a long relationship with the company, made no mention of tears. However, there was no hiding his disappointment over its fate, although he felt the closure would open up opportunities for other local businesses.

"But the people will get over it since a few other business places are opening now. Some will be happy since it will open up for them and give them business," he said.