Nathalie Roland: It wasn't what I expected 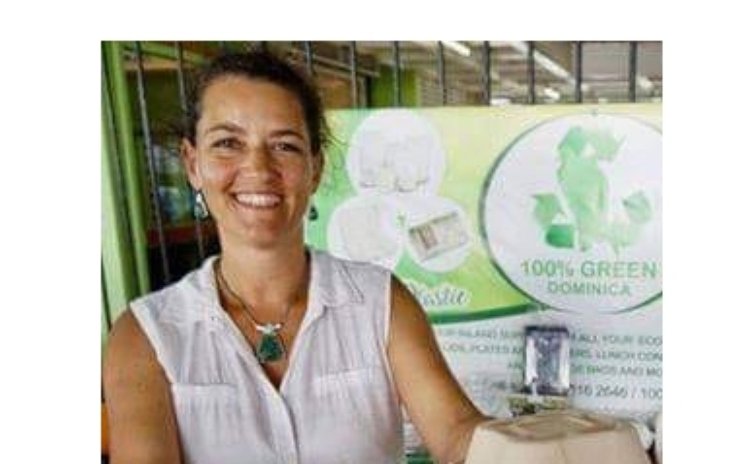 A French native, passionate about the environment and sustainable development, is committed to helping Dominica – the island she calls home - reduce its carbon footprint.

Nathalie Roland, born and raised in France, first moved to Saint Martin for ten years, then headed to Dominica.

"I moved to Dominica for love," she said. "My boyfriend works here and it was easier for me to come here."

Roland initially stayed two months to experience Dominica and adjust to the lifestyle.

"I came on 06th August 2010, stayed for two months, went back to Saint Martin for a month to organize my move then returned here," Roland said.

Despite her two-month trial period, Nathalie admits there were two major aspects she had to adjust to.

"First it was the language. Although I spoke English, Dominican English is different from American English. I had to adjust to that and some specific words," she said.

The other lifestyle change Nathalie had to adapt to was the number of recreational activities in Dominica.

"Coming from Saint Martin where you party all the time and there are many restaurants. Here there is no nightclub, no real bar, etc. So that was a shock for me because I worked in the entertainment industry and was partying often. I came here and there was basically nothing," Roland said.

Before moving to Dominica Nathalie did her online research and was surprised to find out the reality did not match the virtual.

"I went on websites and saw it was the Nature Isle, and it was very eco oriented," she said. "Then I came here and realized it was not that at all, I saw all the garbage in town and everywhere, even in the rainforest. I was like 'no, that is not what is being sold outside'."

Notwithstanding the juxtaposition between real and online, Nathalie stayed for love and a desire to see the country do better. During her time in Dominica her perspective naturally began to grow.

"It has evolved in that I adjust to the little things. I appreciate the people even more. And my business helped me see there is potential, there is hope for me to help grow the eco-friendly Dominica like what is being sold online," she said.

In 2012 Roland opened her company 100% Green, which distributes and promotes alternative solutions to plastics on the island, and is the top supplier for compostable disposable items.
During her 12 years in Dominica, Nathalie says the biggest, most impactful change, to her, has been the ban on Styrofoam and single-use plastics, in which she played a key role.

"Seeing Styrofoam everywhere, seeing people microwave Styrofoam then eat from it, that is not healthy," she said. "I don't want anybody to be sick and spend so much money on therapy. So that ban was a big step."

While applauding the ban, she feels the ball has been dropped on the move to biodegradable products.

"I don't want to talk politics but if the government could continue in a greener way. They said six months after the ban they would stop plastic bags, that hasn't been done," she said. "There are more and more green items created every day that I am trying to import but when I ask for a duty waiver, I am told 'no', the government doesn't want to waive more taxes. That is understandable because they have done a lot."

Nathalie cautions that waste management is an integral part of building resilience in any country.

"If you want to follow the CRRP 2020 – 2030, we need to do more than what we're doing now. It is not only building resilient infrastructure; we have to work on waste management too," Roland said.

As a result, Roland has teamed up with the Dominica Solid Waste Management Corporation to improve waste management which will in turn help Dominica – the country she calls home - maintain its Nature Island status. "I have some projects right now concerning waste collection. I created an NGO and am working with Solid Waste, to incorporate new ways to get more recyclable waste collected and shipped out," Roland said.