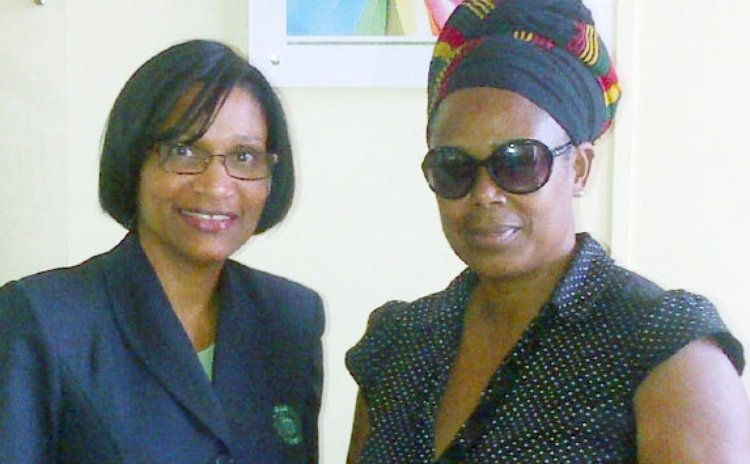 On Monday 20th January, NBD presented a cheque of $2000 to the Rotaract Club, confirming their partnership in the 2014 National Princess Pageant. With this donation, the Bank will be sponsoring Ms. T'Keyah Alleyne of the Pioneer Prepatory School. .

The show is scheduled for February 16th at the Harlem Plaza. This year's motto is 'Empowering young minds, building self confidence'. The young princesses will appear in costume, party dress and a talent segment. They will also be presenting a speech.

NBD's Executive Manager of Marketing, Suzanne Piper stated that "The Bank is always happy to contribute to the social and academic development of our young people, and to keeping our culture alive."

The Bank has partnered with the Rotaract Club for a number of years in staging this event. NBD annually supports the Dominica Festivals Commission, other organizations and communities during the carnival season.