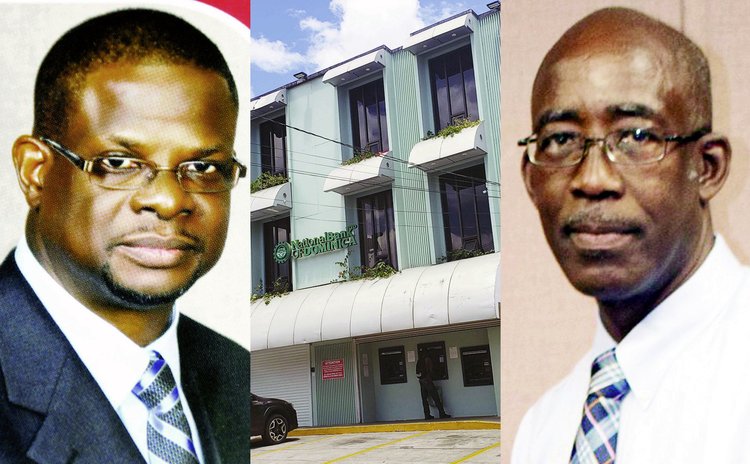 If you see members of the board of directors, staff and shareholders of the National Bank of Dominica (NBD) smiling from check to check there is some reasonable explanation. NBD has just reported that it recorded a profit of EC$13.1 million in 2019.

"NBD reported a profit before provisioning and taxation of $33.3 million and net profit of $13.1 million," Anthony John, the chairman of the board of directors said in the 2019 annual report.

"Notwithstanding the decline in cash and Bank Balances, the Bank recorded a growth of 19.2% in Loans and Advances and significant growth in most of its income streams to realise Net Income for the year of $13.1 million as compared to a loss of $5.3 million the previous year," wrote Ellingworth Edwards, the managing director in the report.

In addition to moving from noteworthy red to significant black within a year, the NBD also registered some important increases.

"Non-Interest Income increased by 19.7% and 30% respectively while Interest Expense remained relatively stable and Operating Expense climbed by 19.2% to the pre-hurricane level," John reported.

But the NBD also had some negatives to report in 2019.

"Despite an overall growth in Loans and Advances by19% mainly due to an increase in overdrafts, the Bank recorded muted growth in loans, due to a weakened demand for good credit, overall. Deposits also declined by 13.6% as utilization of funds by customers skyrocketed to address rebuilding efforts," John said.

Edwards added: "During that period, there was much activity in rebuilding the public, private and domestic infrastructures, which required extensive use and supply of both local and foreign resources. For the period under review, the Bank recorded a decline of 12.8% in total assets, due mainly to a reduction in cash and Bank Balances and a parallel reduction in deposits. Most of these drawdowns were associated with the rehabilitation/reconstruction activities".

The bank also registered declines in assets which as the leading financial institution in Dominica stands at XCD1.42 billion (US$526 million) as at June 30, 2019. The top two shareholders of the NCB are the Government of Dominica and the Dominica Social Security.

How did the NBD achieve such significant growth in 2019?

Edwards suggests that the NBD strategy of expanding non- interest revenue has been working.

"Diversifying revenue is central to our growth strategy," Edwards said. "To that end, we are pleased with our progress in growing non-interest revenue in 2019. Non-Interest Income grew by 30%. In addition, our strategy to put non-earning assets to work by taking advantage of new investment opportunities had positive financial results of $5.6 million".

The NBD said in 2020 it would have continued concentrating on "ensuring that our customers can bank however, whenever and wherever they choose".