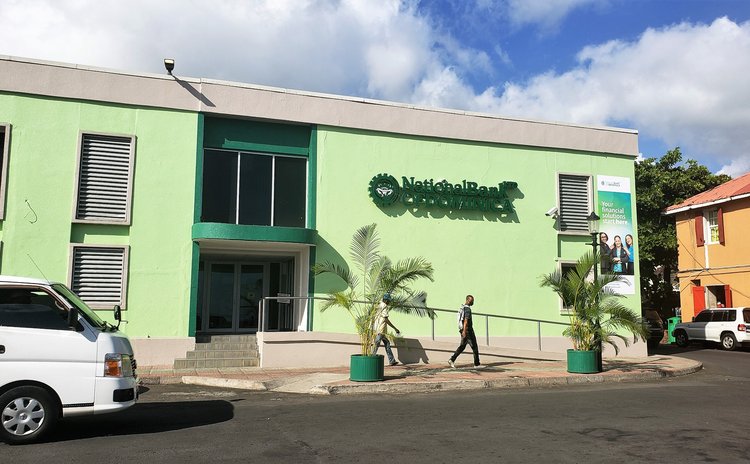 New National Bank of Dominica branch on the Roseau Bayfront

April 3, 2021 (Roseau, Dominica) – The National Bank of Dominica Ltd. (NBD) has announced that it has completed its acquisition of the banking assets of the Royal Bank of Canada (RBC) Roseau Branch on April 1, 2021.

In December 2019, a consortium of regional banks entered into an agreement to purchase the Eastern Caribbean banking operations of RBC. The consortium included 1st National Bank of St. Lucia Limited, Antigua Commercial Bank Ltd., Bank of Montserrat Limited, Bank of Nevis Ltd., and the National Bank of Dominica Ltd. After many months of preparations, including obtaining approval from the Eastern Caribbean Central Bank (ECCB) and the respective local governments, the consortium and RBC reached final agreements.

According to the Chair of the Board of Directors at NBD, Ms. Urania Williams, "NBD has gained valued new customers and talented new employees through this acquisition. We are excited to have them on board and are working very hard to ensure a smooth transition for both customers and employees."

The former RBC branch on the Bayfront will open on April 6, 2021, as the National Bank of Dominica Ltd. NBD has reported that there will be minimal changes in the operations of the Bank in the first instance. However, it hopes to integrate all accounts and services into NBD's systems in the coming months, to give its new customers access to its range of products and services. NBD also reported that rates and terms have not been changed on customer accounts.

"Our new customers will be able to conduct their day-to-day banking at the same location on Dame Eugenia Charles Blvd. and interact with some of the same friendly employees" reported the Deputy Managing Director, Mrs. Linda Toussaint Peter. "Soon, our new customers will be able to take advantage of a much wider network of branches, ATMs and card merchants around Dominica. Our new employees will find that we are committed to their wellbeing and the success of the customers and communities we serve." NBD expects to utilize the now combined resources to strengthen its mission to help customers, partners and communities succeed and to serve its customers even better.